With the ideas of the Folk Horror Chain starting to seem incomplete as the sub-genre grows in popularity and is more analysed, it’s about time further facets, themes, ideas and traits were added to the conversation.  This will be the first in a number of pieces about other traits not accounted for or addressed in the initial idea of the chain (which itself was only discussing film) but also aspects more generally linking into these themes as well.  This is not to say that any of these ideas are necessary to be present for it to be Folk Horror (a problem that is currently dogging the academic points) but are just simply linking factors, perhaps even coincidental in their nature.

Folk traditions in general could easily be tied to the sub-genre.  The links between the two are strong enough to make any semblance of an argument seem valid.  But one aspect that this particular essay wishes to examine is the presence of something tied to the customs of folklore; that of craft by hand.  The sense of craft, whether as part of a ritual, a belief, or even a simple past-time for both film and television characters of Folk Horror seems to be a subtle but noticeable presence, especially in the latter.  Whilst it could be claimed that craft is such a vague term as to be abused, it will hopefully not come across as such in the analysis.

For the sake of pedantry, what this article refers to when discussing “craft” is the making of some object through physical means.  This doesn’t always mean the creation of a 3D object (as we will see in our examples), but does mean that there is procedure, methodology, and eventually a purpose; in other words craft itself is some form of ritual and therefore rightfully present in Folk Horror as it comes from a skill set with origins in primitive folk expression (like many of the plastic arts).

Our first example comes from a small moment in Jonathan Miller’s adaptation of M.R. James’ Whistle And I’ll Come To You (1968).  James of course would often have his characters display all sorts of small, craft-like tendencies, if only to aid whatever research his academic protagonists are exploring.  When poor Professor Parkins discovers the ominous whistle in a crumbling graveyard, he fails to notice the writing upon its surface.  It’s not until later when he returns to his hotel that he uses a small technique of craft to decipher what it says.

He pulls out a piece of paper and shades over the letters to reveal Latin words reading “Who is this who is coming?”  It seems a prescient moment as the craft has allowed the hint towards something more unnerving and malevolent; the old ways have warned in the most typical of Jamesian fashions.  Parkins himself mutters under his breath as the letters emerge through the paper in graphite “a hundred and one things a boy can do…”; a perfect summation of the traits being analysed.  These same sorts of events occur in a number of other adaptations of James and often play into the narratives’ theme of curiosity leading to supernatural upheaval. 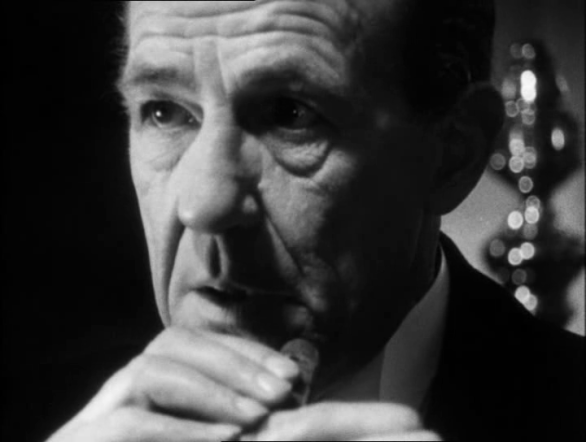 In The Treasure Of Abbot Thomas (1974) by Lawrence Gordon Clark, one character’s obsession with taking slide photographs of the panes of windows also moves the protagonists closer to danger.  Perhaps this now feels more of a craft in a digital age than it did when the story was written or when the film was made, but the overall message in this moment is slightly different anyway; unlike Reverend Somerton’s (Michael Bryant) classical methods of description and drawing (which themselves seem craft-like), it is the modern methods that have provided the essential clue.  It is only later that we realise that this was a mistake to make and one produced by modern means (at least for the period it is set in).

Similar themes can be seen in The Stalls of Barchester (1971) where the craft of an old wood cutter is what is creating the horror for the protagonist, having made a sculpted stall from the wood of a hanging tree and cursed for anyone who touches it “with a bloodied hand.”.  In The Mezzotint (1986), performed by Robert Powell, it can’t help but evoke James’ original narrative which is based entirely around an item created by craft.  Even in Clark’s Casting The Runes (1979), the brother of the first man murdered by the demon is shown to be a sculptor; craft is ubiquitous. 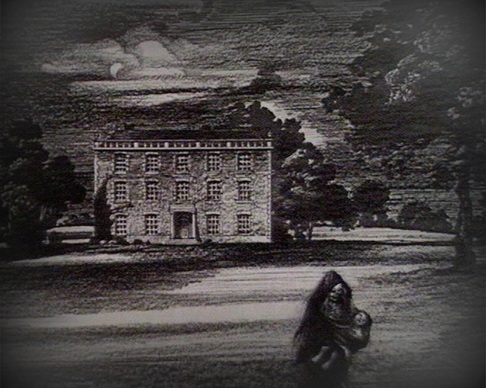 Moving on from James, we find more craft-based themes in Folk Horror aimed at a younger audience.  Perhaps it had something to do with it being the golden age of Blue Peter and its obsessive craft projects, but Folk Horror aimed at a younger audience came to imbue a certain terror by showing its creation to be something possible through paper and scissors.  This sense of attainment achievable through creating craft as an expression of horror and of ritual is present throughout a large number of Folk Horror films and television, even if only in small, almost unimportant moments.

In Children of The Stones (1977),  Matthew (Peter Denim) initially communicates to a local oddball through a small crumpled note with a drawn picture of a bicycle on.  In the days of emails and texting, this in itself highlights a natural isolation that has potential to manifest in the era; that craft in even a vague form is in some places the only means of communication (especially when under the austere and menacing eye of Hendrik (Iain Cuthbertson)).  Later on, when trying to show his father the potential of lay lines under the village, he plots them on a small map which is again later used to delve deeper into the mystery.  It may not be handicraft as we know it in the homogenised form of today but there is a great sense of doing things by hand in Folk Horror that often either solves the problem, or, conversely, makes it worse.

Perhaps the best and most obvious example of craft found in Folk Horror is in Alan Garner’s The Owl Service (1969).  From both the book and the adaptation for television by Peter Plummer, the story explicitly relies on various aesthetics and techniques of craft to further the narrative.  Most famously, the old love triangle of the narrative manifests in the modern day for Alison (Gillian Hills), Gwyn (Michael Holden) and Roger (Francis Wallis) through the tracing of the design of flowery owls from a dinner service found in the loft; making them into cut-out owls that stand on their own and mysteriously disappear later on.

This use of craft allows a rather innocent entry into the naive lives of the modern day characters but eventually unleashes something unusually sexual and powerful (unusual in that it has vague undertones of incest between step-brother and step-sister).  Even when Roger takes pains to get an interestingly framed photograph of the Stone Of Gronw behind their house, there is that same sense of craft, in spite of it being a chemical and mechanical process.  And in a final manifestation before the true coming and possession of Alison, the past cracks the pebbledash of the walls to reveal a mural of Blodeuwedd herself; painted as representational but really acting as far more than simply a piece of craftwork.

These are only a handful of examples that can be discussed but they are enough to begin thinking about the point in question.  Think of the little girl painting the hare in The Wicker Man (as well as the obvious craft that went into the making of the May Day celebration costumes), the sculptor in Joseph Losey’s The Damned (1963), the carving of the symbol on the back of picture that signifies sacrifice in Kill List (2011), the painted symbols on the skin of the musician or the mysterious face of the haunted cup in Kwaidan (1964), or even the simple cutting in half of marbles in Robin Redbreast (1970).  There’s a great sense that, like manually sowing the soil of the land, doing even the most simple of tasks by hand can lead to all sorts of esoteric places; that craft in a multitude of forms aids Folk Horror in subtle, gentle but, ultimately ambiguous, directions.

2 thoughts on “The Ritual Of Craft In Folk Horror.”