In Henry David Thoreau’s influential work, Walden (1854), he speaks of many elements of the natural landscape and the deeper meaning within it.  Tying into the first movement of transcendentalism, Thoreau’s was one of a number of works that sought out inner spirituality within a journey toward the outside.  One quote seems particularly prescient, both in the context of our film of study and in the increasingly cramped, detached mode that every day life has gradually evolved into.  It is stated as follows:

“Alas! how little does the memory of these human inhabitants enhance the beauty of the landscape!” (Chapter 14, 1954).

The quote occurs in a chapter about, what could be described as, the ghosts of the landscape and really how little they add to the pleasure that can be grasped from being engulfed within the wild.  More interestingly though, it also suggests that place and people are separate, binary forms; the increase in the latter could logically diminish the aesthetic and philosophical pleasure of the former.  It is with this notion that we turn to our film subject: Peter Greenaway’s stunningly layered epic, Drowning By Numbers (1988). 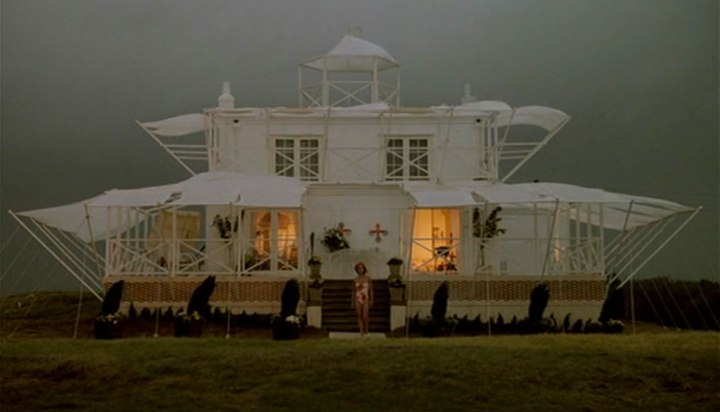 Whilst aspects of its narrative repetitions and recapitulations (typical of Greenaway) focus on the more watery aspects of the title, there’s an inherent sense of landscape within the film that is shot in a way to suggest more than simply a pleasant, textured backdrop.  Whilst following the lives of three women, all of whom eventually drown their respective partners in the most casual of circumstance, Greenaway is again asking questions about his favourite topic; death.  Death is there within so many of his feature films, often as a literal centre piece (and often the finale) that it seems impossible to discuss the filmmaker’s work without at least acknowledging the shadow of expiration.

From the final feast of The Cook, The Thief, His Wife, And Her Lover (1989), the final experiment of A Zed And Two Noughts (1988), to the final fates of the architects in The Belly of an Architect (1987) and The Draughtsman’s Contract (1982), death is the key moment that ties up the questions within Greenaway’s filmmaking.  Not only do these moments get obtrusive, glorious emphasis, they also allow Greenaway to tackle the concept and the fall-out of death in a variety of innovative and different ways.  It is here, however, where Drowning By Numbers breaks away, loosening itself off the cart of Greenaway’s filmography and into the soil of something other.

Death pops up throughout the film but, essentially, it is marked with a ritual within the landscape.  Upon each death, Smut (Jason Edwards) colours the area of death with different coloured paints, depending on the type of death and whether foul play is suspected.  Alongside this, he lights and sets off a firework as if to counter the violence of humanity with an equal, chemical violence (or perhaps simply to entertain himself).  Considering the Suffolk landscape that surrounds this odd narrative, it is possible to begin connecting the idea of Thoreau’s with this one visual ritual that occurs again and again, eventually finishing the film on sad, sombre note. 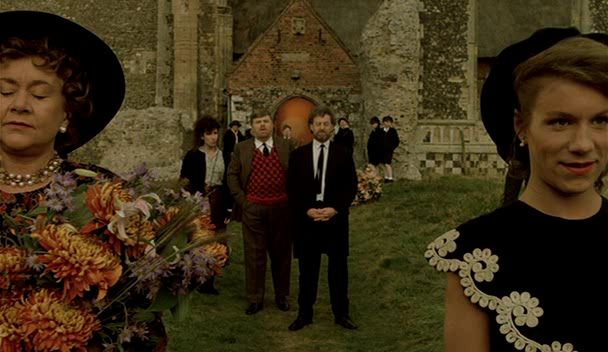 As fireworks are so often conceived for aesthetic pleasure, it is odd to find them being used for something so macabre.  But the application of Thoreau’s simple quote suggests that this is explicitly the case and the meaning behind such a visual allusion; the memory of people within the landscape simply does not add aesthetic power and comfort to a rural environment even when it is defined by something as aesthetically tawdry as a firework.  The landscape denies such anomalies to stick out as people always are the anomalies within the landscape.  It is indifferent to their presence even when they are actively destroying it.

And so back to death, the murder within the film, and the discrepancy outside of the landscape.  All of the three main murders take place in water, two of which take place in man-made zones (a tin bath and a swimming pool).  Even the murder at sea seems to be in a humanised zone as the house where the two people in question live is a sea-cottage and the man initially goes out for a swim (in spite of his own incompetence in the sport) suggesting that it is still some form of man-made quest. Greenaway is making another vital link here as the women are not only removing the men from the landscape (leaving only the disgruntled inspector initially left standing) but, to highlight this, the action takes place away from the actual aesthetic of the land itself.  This is because landscape naturally completes when devoid of all but the perceiver.

Juxtaposed to the notion of their passing being signified within the landscape, Greenaway actually sets up an odd, almost tautological repetition of his own as it is an elemental passing that is given to the three dying men and not something more specifically identifiable as human (a knife or a gun for example).  Death and the landscape become suitably linked whilst comfortably separated by the delusional causality of the action itself; in other words death and the landscape come hand in hand, marked as such in spite of its residual expectancy of solitude, and forever beautiful when, slowly but surely, emptied of people. 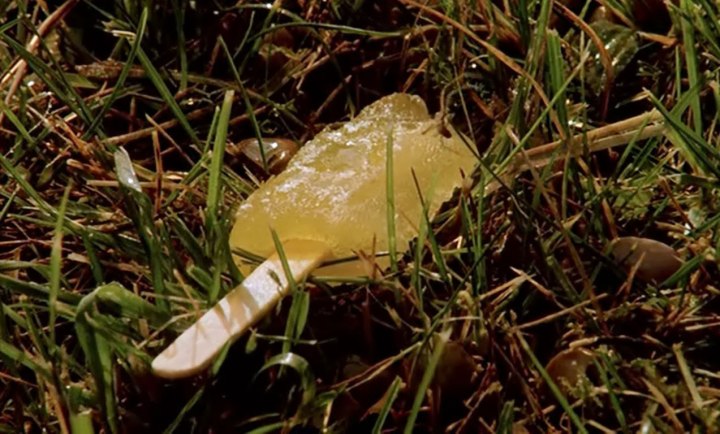