It feels odd to finally be able to say that Holloway is finished.  This oddness derives not just from the fact that it has been the longest planned film that I’ve produced so far (starting all the way back from Robert Macfarlane’s first email to me in February 2014) but because the subject of the film itself is never-ending.  The holloways of Dorset do not end because really they fail to leave the minds of those who walk upon their paths.  Technically though, the film is finished and though I have mentioned variously the planning and the process of filming it in several articles, there’s still a few elements that I feel round off the film and project as a whole.

In Robert’s main chapter of writing on the holloways in The Wild Places, he suggests both the process and what could even be termed the genre-like form that I wish the film to sit within:

An artistic tradition has long existed in England concerning the idea of the ‘unseen landscape’, the small-scale wild place.  Artists who have hallowed the detail of landscape and found it hallowing in return, who have often found the boundless in the bounded, and seen visions in ditches. (2007, p.227).

Holloway is immersed in this unseen landscape, aiming to create textures from it in order to provide the very real sense of diving into the underworld that walking these paths actually spawns.  As is refreshing when finally escaping out of these paths and back into vast plains of landscape, it is often contrasted with visuals of the more open aspects of this area; a rural equivalent of Orwell’s “coming up for air” so to speak. 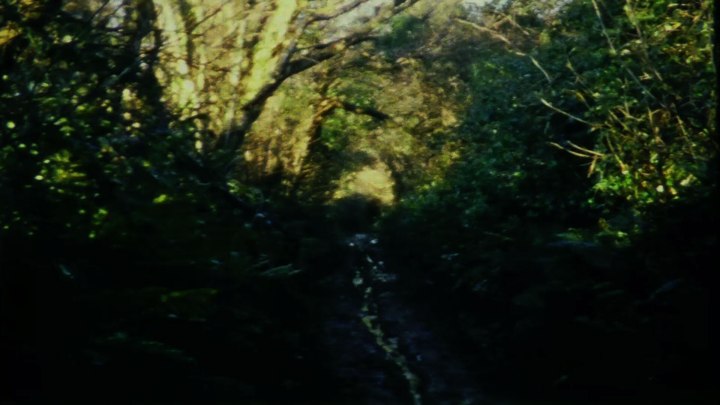 If you managed to catch Robert’s fantastic Guardian article on the “English Eerie” a few months back, you may also be aware of the chief influence on this film; an influence I don’t mind acknowledging as the differences between the work is vast enough to avoid accusations of copy.  In the article Robert mentions that “… the contemporary eerie feeds off its earlier counterparts, as with Millar off Blackwood, Fisher off James and Scovell off Jarman.” having earlier explained that he’s been working alongside with me “…to adapt a co-written book called Holloway into a nine minute Super-8 short, inspired in part by Derek Jarman’s early silent film, Journey To Avebury (1971).” (Guardian, 11/04/2015).  Jarman’s film presents a form that arguably also ties into the phenomenological conception of Robert’s unseen landscape artists and it is the same sense of discovery, of being lost (in time as well as in space) and the sheer power of landscape on grain that we both wish for Holloway as a film to convey.  Hopefully this comes across in earnest and in the best spirit of a very polite but subtle tipping of the Super-8 hat to the alchemical sage.

Perhaps the final aspect to mention is the difference that music makes and the presence Richard Skelton‘s work in the film.  Skelton came to the project late on for a number of reasons.  I was only introduced to his music in the last few months (ironically whilst in the midst of editing the film visually) and it was not until the connection was made between the music a friend had been recommending and the musician to whom Robert devotes a whole chapter of his latest book, Landmarks, that the choice of who to score the film became completely obvious.  It goes without saying that his textural drones and occasional On Land-esque melodies add wonderfully to the film’s undercurrents of eeriness.

I can only end with offering my deepest thanks to all who helped make the project possible.  My thanks to Richard for his brilliant music, to Stanley Donwood for kindly letting me use his stunning artwork, to James Bulley and Giles Stogden for their fantastic soundscape, to Dan Richards for his support (and for sending me a copy of his latest book which is superb), to Jeff Barrett for getting it out there and publishing it on Caught By The River and to Hell Barn Cottages in Dorset for giving me a cheap rate in their haunted barn.  And finally, thanks to Robert who has given me more creative support over the last year or so than just about anyone else I know.  Here’s to the next one.

A campaign to save one of the Dorset Holloways can be found here. 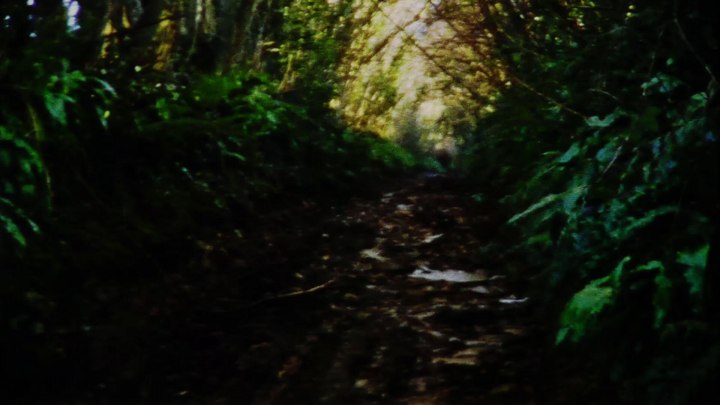 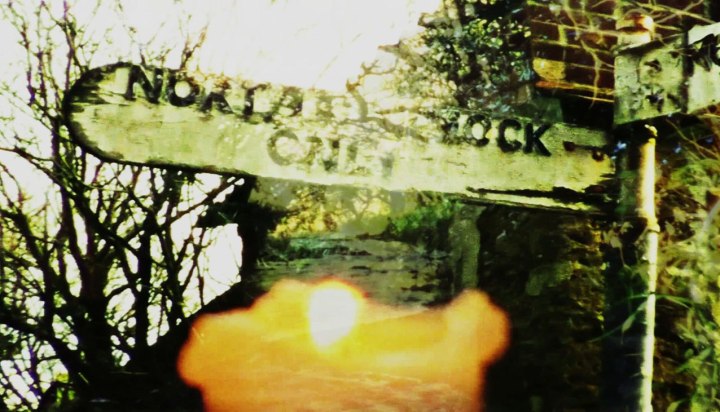