Above is a showreel built from footage I’ve shot over the last twelve months.  Compared to last year’s showreel, this one feels far more defined and less haphazard with the visual ideas I want to play with.  Gone are the mixtures of stop-motion, digital and film, instead replaced entirely by different stocks of super-8 footage.  This year has felt like a much more defined trajectory for the projects and the footage should show this with obvious emphasis on aspects of landscape and a surprising lack of people (at least visually).  Whilst next year I hope to have more people in front of the camera (at least two out of the four potential projects will hopefully fulfil this), the footage captured now feels distinctly like a time-capsule of place; an outcome I’m equally happy about.

The year’s first project was actually filmed in late 2014 and was Weirdstone, a film attempting to capture the essence of the writer Alan Garner.  Though I had failed to get him on board for the project, I have little doubt that the footage was the best I’d captured this year.  The light on that frosty winter day meant that Alderley Edge and Mow Cop looked unbelievably Turner-esque – the shots in particular from the top of Mow Cop looking out onto Cheshire being probably my own favourite images I’ve captured since I’ve started filmmaking.

The landscape continued as a theme in the project that arguably changed my own filmic practice entirely.  Holloway has had an amazing reception and I must thank Robert Macfarlane in particular whose interest and constant support of my films has lead to huge strides of development, practically and thematically, as well as a huge increase in its general interest ever since.  Holloway‘s filming was tough but it felt natural that a landscape so self-protecting should physically resist my presence.  The footage that came back was equally as spell-binding and editing it down was an extremely difficult process as so much of the place gave such a quality of foliage and light.

Though unintended initially, the third project An Impossible Dérive felt like a slight misstep in some ways at the time.  In hindsight, I’m rather happy with it now, especially as so many of the urban landscapes captured within it will no doubt be flattened by the idiotic Liverpool City Council by this time next year.  Whilst the reception of this film was mixed on its initial screening, it was inevitable when presenting work specifically to an academic conference (of which it was filmed for).  It was, however, extremely fulfilling to finally have some work screened in the gallery spaces at FACT in Liverpool. 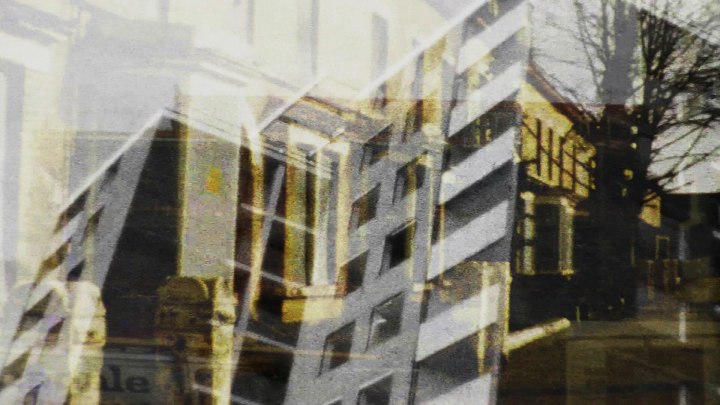 The final project, Salthouse Marshes, had been in the works for some time and it felt immensely satisfying to finally have some form of this story out there.  Again, the shoot was problematic but the landscape and topography meant that, even with the footage over-exposing, it came back with an enjoyable sense of the eerie.  The film was also the only purely narrative project of the year and this is looking set to be a precedent (i.e. one narrative short per year, probably a ghost story and probably for Halloween or Christmas).  Suffice to say, there are plenty of eerie hauntings left to tell.

Another almost constant aspect of this year’s films, and one that won’t be apparent from the showreel, is the music of Adam Cooper (aka In Atoms).  Having scored three out of the four films this year, it feels impossible to conceive many of them without his wonderful tape loops and crackles.  I can only extend my thanks to him for producing such an excellent body of work and effectively raising emotionally blank footage to mean something much more transcendental and esoteric.

And so to next year.  With so many projects in the pipeline, it’s hard to say where exactly the films will go.  One project is definitely in the works having already been shot (a preview gif below) but all of the other slots are still vying for precedence.  Hopefully though, they will continue to give people enjoyment of the landscape and of the eerie, whichever strange place my camera finds itself in next.

My extended thanks in alphabetical order to the following for all their help with this year’s films:

Jeff Barrett @ Caught By The River

And everyone who has helped get them out there. Thank you!