“It is for this reason that we find that co-existence, which could neither be in time alone, for time has no contiguity, nor in space alone, for space has no before, after, or now, is established through matter.” (p.12, 1891) – Schopenhauer, The World As Will And Idea Volume 1.

It seems fitting to open with this quote from Schopenhauer when discussing the themes behind the latest film, Weirdstone.  In spite of being about the fictional works of Cheshire based writer, Alan Garner, Schopenhauer’s idea seems to put the themes I wanted to explore within Garner’s work in a perfect, contextualised sound-bite.  This might give some indication as to the sheer quality of Garner’s writing as a whole; that, in spite of constantly being branded as an author whose work is aimed at a younger audience, Garner is a writer whose work is extremely complex and far more layered than many more adult novels of similar themes.

I first became aware of Garner’s work some time ago, first reading The Owl Service when I was in secondary school.  It seemed in a similar vein to the Doctor Who Target novelizations that I had been addicted to but also heralded something far more unnerving, perhaps due to its frankly shocking adult undertones.  It wasn’t until the recent rerelease of John McKenzie’s adaptation of Garner’s 1973 novel, Red Shift, that I decided to explore the entirety of Garner’s output, a task I am still in the midst of doing having so far finished his first cycle of books (from The Weirdstone of Brisingamen to Red Shift).

With the film, I wanted to try and surmise two things that seem inherent to Garner’s work.  The first is the special relationship Garner has with the landscape of his native Cheshire, of Alderley Edge and the surrounding rural locations.  Tying into this was the second aspect, of how this landscape allows the questioning of the role of time, its effect on space and the philosophy behind it (hence the quote of Schopenhauer’s).  It seems that Garner is interested in both of these ideas and that the best way of treating them in a short form was to visualise the former and move the latter into the realm of the audio, allowing a cross-pollination between the two.

Sadly, after much back-and-fourth communication between the estate that look after Garner’s property, his agent, and his wife, he didn’t feel he could help with actually writing or being part of the film itself.  As the academic paper I was planning on Garner’s work was already submitted to a conference and with the idea fully solidified in my head, the filming went ahead anyway with a daytrip to Cheshire.  Beginning with the lovely area surrounding Jodrell Bank, we moved from there to The Wizard Inn at Alderley (a location prominent in Garner’s first novel) and then down further south to Mow Cop, famous for Red Shift.  Jodrell Bank in particular is an exciting visual to capture in that its space-age design seems to have aged, almost becoming one with the natural world around it.  It’s a parallel I’ve emphasised in the film though a visit to the place reveals there is little need to exaggerate the point.  Of course the only way to capture such landscape is to put it on film; a process that in itself adds a questioning of time to the footage, eventually making for a psychedelic collage of visuals. 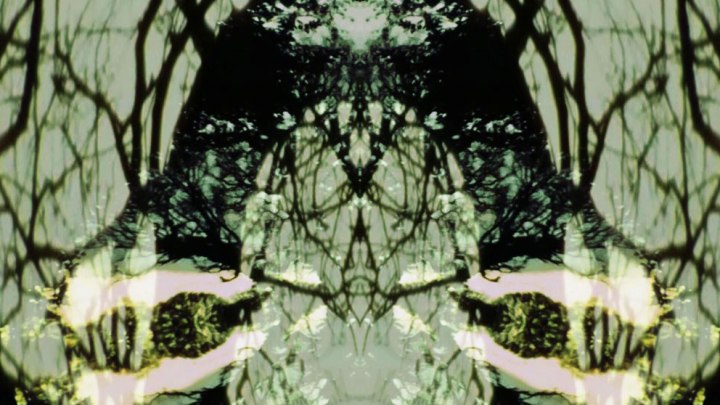 When it came to the sounds of the film, the writing had to take precedent first (the poem is below).  The voice-over narrations in Chris Marker’s films were a big influence in their hinting towards something Other and outside of what could be very blank footage.  I got in Paul Carmichael who had done an excellent job on The Book Of Sand‘s voice-over and he was recorded reading the poem in a single lunch break.  For the music, I had been completely enamoured with the soundscape work of In Atoms; an electronic artist based in Liverpool who seemed to have produced the music for the film far before I had even conceived any idea of it. A specially recorded mix of the song, Levers, was produced and allowed for all of the original rendition’s textures but structured to the model of the film.  The original seven minute track is here and is well worth a listen, as is everything else by the refreshingly innovative and texturally motivated musician.

Perhaps most of all, I wanted Weirdstone to show the potential of visuals on film, on a low budget and without people dictating the visuals (i.e. actors or musicians).  The landscape does not require our presence to be appreciated and is impervious to the flow of time, at least in our perception of it.  It seems that, overall, Garner’s work shows characters escaping from the mundane into a land of timeless, rural folklore.  If such feelings comes across even for an infinitesimal fraction of the film’s viewing time then it has achieved its goal. 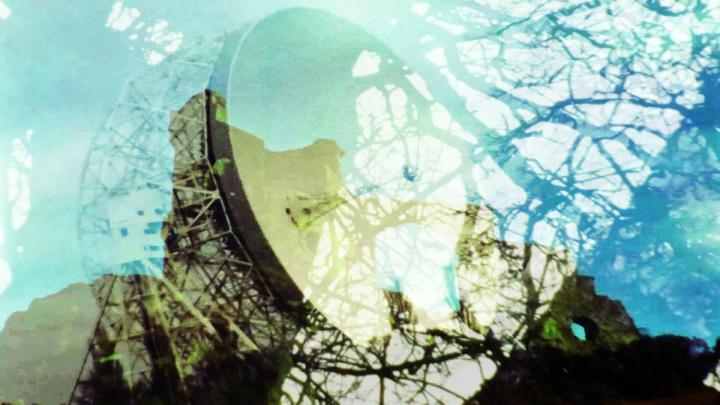 In Atoms’ music can be listened to here.

Under my ground is the ancient,

The old world of magic and ritual,

Of weirdstones and thunderstones that keep the world in balance.

Of owls and flowers, Blodeuwedd’s heart eternally broken of both.

Upon my ground is the rural,

The present day as I recognise it.

Whilst the trees are ancient, they appear young to new eyes,

Unaware of their deep roots; the past bleeding into the present.

Above my ground is space, the stars and the astral plains, of red shifts and Orion.

The scope sits well, growing from the land itself.

Its meaning is not lost, only skewed,

For the lights it seeks to search out,

The dead relics of stars,

Are far older than even the most ancient of lands.

The future is past,

The past is future,

It never truly was.