At the recent Alchemical Landscape conference in Cambridge, there was some interesting analysis of the portrayal of landscape in the opening sequence of Alan Clarke’s Play For Today episode, Penda’s Fen (1974).  The point in the analysis was to show the subversive nature of the opening in regards to its melding of two potentially differing realities of English landscape; on the one hand, the typical pastoral qualities of the Malvern Hills, on the other an encroaching urban experimentation represented by wire mesh fences and a scarred, injured hand.  Though the analysis was correct in regards to Clarke’s film and the reasoning behind David Rudkin’s imbuing the landscape with such a binary, I began to question whether such a binary was merely one in fictional forms of landscape-heavy media (especially Folk Horror) or whether it actually reflected a genuine binary within the reality of the British landscape.  On closer reflection, I found it to be incorrect to transplant such a binary onto the reality of everyday landscapes and sought to understand why I thought this as well as questioning the political connotations behind such thinking.

For, when watching Penda’s Fen again recently, it was only the hand itself in the opening segment which seemed to hint at a binary of landscape; where there was a manmade danger being supplanted into the fenland of Pinvin.  The actual aesthetic of having mesh wire over a much greener, natural landscape, not only seemed perfectly normal to me but also naturally beautiful.  This wasn’t some privileged position of venturing into landscapes and not having to deal with the realities of such places – a common critique of psychogeography in general – but an acceptance that the vast majority of landscapes I’ve been surrounded by, and subsequently fell for, in many ways conformed to this aesthetic.  There is no clash for me as this is how landscape has so often been packaged and experienced.  Rarely has there been one of a pure rural or urban binary, even when venturing on holidays throughout my life, either to cities such as London or Bilbao, or rural retreats to Norfolk, Suffolk and Dorset.

Pondering why this seemed normalised and not strictly subversive personally (though it no doubt is in the wider, post-nature writing boom we’re currently in), it seemed to draw back to two things: where I come from and what I watched when younger.  Both of these aspects have landscape of the same ilk that Clarke produced in his montage of wire and grassy hills in Penda’s Fen.  The first point has been somewhat already addressed in a presentation I gave at another event, Spirits of Place, where I discussed The Wirral peninsula and its propensity for “Wyrd” arts and liminal spaces.  It’s doubly poignant that Clarke came from Wallasey but the point has really been made already here: that The Wirral’s own blurred binaries between the urban and the rural means that it seems positively and topographically schizophrenic, filled with edgelands and rural zones, all of course variously fenced off.  The wider points of this argument can be read here.  It is the second point that deserves more analysis and, like most of my current interests, it’s strangely grounded in a context of obsessive watching of the classic series of Doctor Who.

Most of my own first encounters with landscape in media occurred in this series.  Not only this but my own initial memories of the sheer pleasure of landscape aesthetics comes from a handful of its episodes; the series is replete with a huge range of edgeland spaces that, unsurprisingly, I ended up reimagining upon The Wirral landscape with much ease.  Penda’s Fen‘s wire and grass was a deliberate contrast. Doctor Who‘s, by comparison, is accidental and joyfully so.  The first instance came in the Jon Pertwee story, The Green Death broadcast in 1973.  It tells of an oil company secretly polluting a Welsh coal mine and accidently creating a species of giant maggot.  It also, incidentally, foretells a ruinous doom created by a sentient computer inventing the internet.  But these aspects are besides the point as it has several moments of beautiful wire and grass landscapes.  The oil factory of the episode, Global Chemicals, has its plant filmed at the old RCA International building in Gwent which was sadly demolished in 2008.  The director, Michael E. Briant, makes the most of this landscape; a strangely commercial area not unlike a modern retail estate, fenced off with wire mesh fences and turfed with grass (neat on one side, scrubby on the other).

The scene that still distinctly sits with me occurs some way into the second episode where The Doctor has to break into the building in order to attempt to steal cutting equipment.  While a group of hippies lead an anti-oil protest outside the building as a distraction, the Doctor uses a van with a remote extension lift to get himself over the fence and into the plant.  The landscape shots here are undoubtedly beautiful and I have long and strangely detailed memories of desiring to simply sit with my back against this wire fence whilst sitting on the grass looking at the plant.  The Doctor, of course, can’t indulge in this pleasure and has to run into the plant where he sets off the security detector, itself built into the grass.  This isn’t some nasty, makeshift landscape: this is an augmented zone designed for both use and a vague parlance with aesthetic pleasure.  There were many such landscapes on The Wirral while growing up in the 1990s, even at my own primary school which itself had wire mesh fences around its fields.  I could spend oddly long lunchtimes sitting against these fences, pretending to be Jon Pertwee but never quite managing to get up and into Global Chemicals because of the sheer pleasure brought about by sitting against a wire fence on a field.

The second example is also from a Jon Pertwee story though there are plenty of others that hold the same affection for me (Robot and The Android Invasion being just two).  In The Claws Of Axos (1971), an alien parasite has landed by Dungeness and its power station, ready for a plan of takeover as it starts its nutrition cycle to feed off the planet.  Already, suggesting that a power station is present automatically tells of the sort of wiry landscapes that will be on show, even if it is somewhat hidden by the freak snowstorms experienced by the crew during its filming.  The point to raise here is the pleasure of the feeling of both proximity and distance from a power station’s landscape; a feeling I had again only recently with making a film about the beautiful, detritus-filled landscape of Sizewell in Suffolk.  In the story, the station becomes more and more of a dangerous place; one to retreat from in order to remain safe as the aliens take over and attempt to blow it up (albeit to foil the Master’s plan to defeat the parasite who has stolen his Tardis).  Both “Nuton” and Sizewell have enjoyably “meshy” landscapes.

I used to enjoy supplanting this feeling on a place called Burton Mere on the Dee side of The Wirral.  Though a nature reserve, its landscape provided so many wire and grass possibilities as to be worth visiting just to explore; I was never a very good twitcher.  From its grassy hillside and wire fence preventing access to a railway, Deeside power station could be seen.  On Wintery afternoons, it was like being in The Claws of Axos.  These views weren’t about contrasts or binaries but about grafts and amalgamations; the mixing of things to create a third – a compound rather than a mixture in chemistry terms.  Thinking back to Penda’s Fen, to the arguments of the presentation and the general criticisms levelled at those who venture into more questionable landscapes, I realised (thankfully) that I wasn’t engaging in a privileged journey into subversive landscapes whose problems (social, ecological etc.) I didn’t have to deal with.  On the contrary, I still, at the time of writing, have to deal with them today.  Instead, when engaging in these landscapes, I am traversing backwards into my own past; a sort of landscape nostalgia that brings great joy and pleasure.  It just so happens that, unlike the typical landscapes that induce nostalgia in people (the rural idylls of Albion et al), mine happen to be the forgotten landscapes of television pulp; those wonderful places of wire and grass, growing together like ivy upon a trellis. 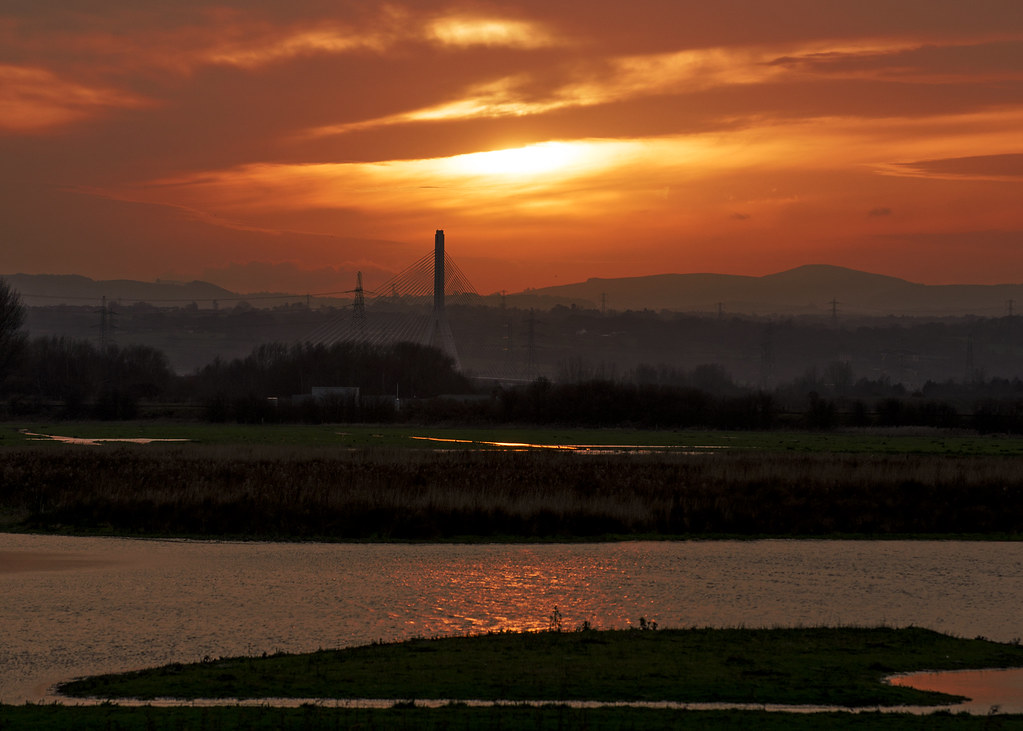 One thought on “Wire and Grass: Landscape Binaries in Television and Reality.”