The relationship between myth and ritual has been often debated within anthropology ever since its Victoriana days of enlightened scientific thinking through the prism of evolution and the birth of mechanisation and industrial blight.  The idea of returning to the “primacy of ritual”, where whole belief systems stem as a result from repeated actions or events, is a common theme of exploration in Folk Horror as well; where the rituals performed are not simply window-dressings for forms of kitsch belief systems (especially those of a counter-culture flavour) but that the beliefs surrounding them were the result from such ritualistic happenings in the first place.  For a refreshing, still-modern take on this idea, there are few better examples than in Alan Clarke’s and David Rudkin’s 1974 entry for the BBC Play For Today, Penda’s Fen.

The narrative is in itself a stretched out ritual though within its structure lies a whole stream of potential micro-rituals that symbolise the wider journey which is of a transition of identity.  The play follows the son of a Clergyman, Stephen (Spender Banks), during his last days of school. He has built a delicately false identity as a reaction to his surroundings where he seems to be politcally right leaning, aggressive and dismissive of anything that questions the status quo of the English establishment.  Through a series of supernatural meetings and occurrences, these traits of identity begin to break down as he becomes aware on inert feelings within him, politically, emotionally and sexually.  These contradict his strict parameters and the play ends with him embarking on a new journey towards a more liberal identity.

The key characteristic of a ritual is often said to be repetition and applying such a criteria to the narrative of Penda’s Fen would not yield such a straightforward reading; while the happenings that Stephen witnesses are of a repeated form (the folkloric and cultural meetings with the supernatural), the overall arching of the narrative is far from containing the typical aesthetic repetition. Instead, it is more useful to look towards other anthropological aspects of ritual as a practice and why rituals occur in both theological practice and the simple tasks of everyday living.

James Frazer’s analysis of ritual often came to the conclusion that it was just as much a process as something repeated (and that the repeated process would eventually lead to sociological evolution).  This could easily describe the narrative of Penda’s Fen where Stephen’s politically simple ideals and stifling traditionalism regarding his sexuality is akin to primitivism. Frazer saw that it is the “reasoning” that is changed within ritual rather than the action itself over time; that certain forms of worship, for example, will continue on with the same sorts of aesthetic semblance but with different, more supposedly enlightened reasoning for the rituals continuation as the generations flow past.

Penda’s Fen speeds up this process by showing it not to simply be an intergenerational aspect (the fact that Stephen’s father is a clergyman speaks volumes, though his aggressive hyper-accentuation of conservative beliefs is perhaps initially stronger than his father’s due to what lies underneath his own identity) but through the fluctuating emotional identity of one person.  In an interview about the play, Rudkin suggested that he wanted to address his own particular view of England but also that the layered nature of the film was influenced by the parallel between this aspect and the English landscape:

“And I think you can see where all this is headed now: the landscape will yield alternative readings that are beneath the reality of its surface, its physical presence.  Its existential surface can somehow suddenly become a translucent film.” (2014, p.15). 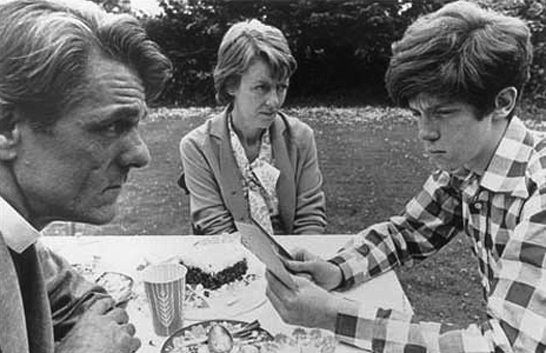 To break down this “existential surface”, the film forces Stephen into a number of meetings.  From an angel and a strange demon, to his beloved Elgar and finally King Penda (the last pagan king), Stephen’s ritual is one where each meeting delves deeper under the soil of his false identity; it is like the ploughing of a field to see what really makes up the landscape underneath the neatly trimmed grass.  Whilst each of these meetings is different (especially the final meeting with King Penda which ends positively and with an air of acceptance), it is the act of happening that is repetitive, with each one designed to further loosen Stephen’s psyche; producing the process, the outcome, and even some of the aesthetic window dressings of a ritual itself.  Perhaps it is Stephen’s initial lack of awareness of how this process is repeating that often means the supernatural meetings are rarely collated together as an evolving oneric meme.

Some analysis could be spent on the main diegetic ritual in the play, where the hands of children are happily cut off in a macabre, rural ceremony.  This micro-ritual within the wider process of identity seems primarily symbolic, another happening to further add to the mounting pressure upon Stephen.  Is succumbing to his latent politics and sexuality akin to removing his hands?  Classical tragedy has used such a trait to symbolise such ideas, for example (of the former) Titus in Shakespeare’s Titus Andronicus, but in Penda’s Fen this seems more likely to be Stephen’s Ego (or perhaps even the Super-Ego enforced upon him by his skewed vision of the world given unto him by his parents), desperately trying to paint the freedom his inner ID desires as a physical sacrifice with the loss of his most treasured ability; that of being able to play the music of his precious Elgar.

Like the cultural evolutions that Frazer explored, Penda’s Fen can be read as a far more optimistic Folk Horror than is usual for the sub-genre.  The ritualistic forms of the sub-genre on display, either in the narratives or within the artistic forms as a whole, so often have a very specific, pulp tendency to end with the pessimistic unhappy ending for the unbelievers.  Clarke and Rudkin’s film is different in that it relies on a processional ritual rather than simply an obviously repetitive action to force its main character to be a better person; leaving the jingoistic and cage-like beliefs of the modern Christian in order to be free and release “the sacred demon of ungovernableness” as King Penda himself describes it as. 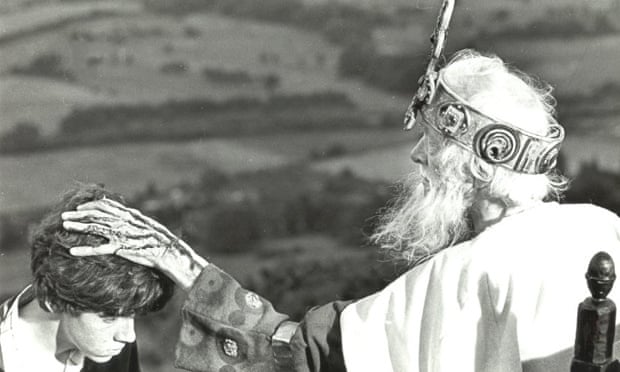