I’ve been sitting on this ghost story for a while having finished it late in the summer.  Even though I was excited to get something out there that I was actually happy with, it just didn’t feel right putting out a ghost story when it was still warm outside.  The Coastal Path is destined to be part the Coven exhibition I’m putting on with artist and illustrator, Katie Craven, and perhaps by the time you read this, the show will have already happened.  At first, it felt odd potentially putting a narrative film into an art space but then it occurred to me that actually narrative has plenty to say in that context and it’s down to the viewer to decide whether they want to experience it as such or not.

When I first thought about putting together the narrative, I wanted to address my own current preoccupation with mixing digital and analogue media.  Though I’m pretty adamant that future projects will always have elements of analogue and film in them (or even be entirely analogue as the next project is), I’m aware of the trappings of nostalgia for these things and therefore wanted to address it.  In The Coastal Path, the whole drive of the narrative is born unknowingly out of nostalgia.  The filmmaker who summons up the ghost would simply not have done so if satisfied with digital filmmaking. 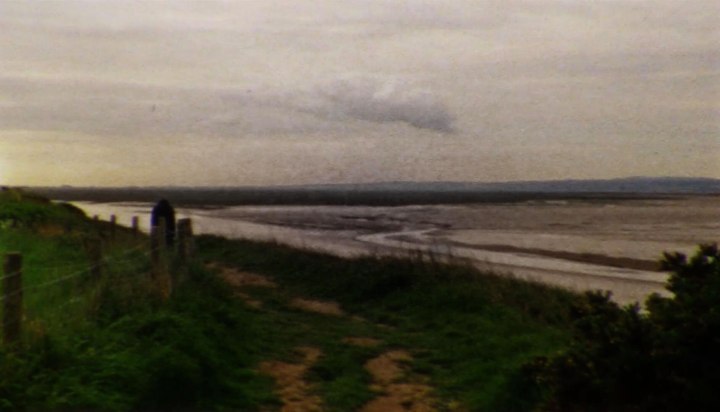 It was filmed around Thurstaston on The Wirral which has been a strange constant in my own life.  It was pleasing to learn recently that Forest Swords, one of my favourite current musicians from the local vicinity, actually mixed his album there on a laptop and was greatly influenced by the place’s history.  Though the film is not entirely indebted to its Viking past like Engravings is, I get the impression that the strangeness of the landscape is filtering into both of our works even if it eventually manifests in different ways.  The same can be said for Ramsey Campbell’s story Thieving Fear; another ghost story set incidentally just a few yards away from the path of my film

The cutting for the film was actually incredibly difficult to get right, chiefly because the digital and super 8 footage were shot quite some time apart.  It also presented an academic query as to the logic of the shots; are the shots we’re seeing in super 8 in the past (as they’d need to be developed before being seen) or are they jumping the time-track and allowing sight through the camera lens with an analogue eye but with digital instant timing?  I’ve kept it ambiguous as the narrative depends on that ambiguity but there is a definite answer. 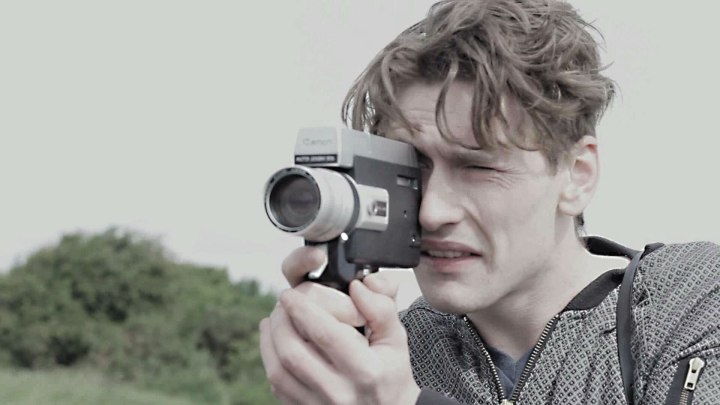 Also surprising was how little I ended up using music.  For someone who’s PhD is on film music, I’m constantly surprised at how happy I find myself using very little music, or even just a slight ambience.  Instead, The Coastal Path relies on the sounds of the environment and the camera which provides the film with the necessary rhythm for the occasional scare.  It actually took the physical mapping out of the cuts with audio before the edit could be finished; far from being a simple ghost story, I hope the perceived under layers that went into it can be at the very least felt.  In a sense, The Coastal Path is two films in one; the filmmaker’s original film and my collecting of both his and mine together.  Because of this, I’m also releasing his original footage in an edited short at the same time which is below.  I’ve seen less worthy material get put up under the banner of short film than that online.

As I write this, the exhibition is a week away.  I know what I’ve planned in terms of how this works with the other video work though whether it’ll work as a viewing experience (and whether anyone will show up) will be interesting to see.  It has, however, worked for several people who have already seen it.  The previously mentioned Ramsey Campbell enjoyed it , saying “That’s an eerie piece. I very much like the use of my favourite place to walk.”  Robert Macfarlane also enjoyed it stating  “Restrained, chilling, beautifully shot. MR James and his dead-men’s binoculars again but its own thing too… I was genuinely alarmed by watching it, and that was in my comfortable white-walled study.” , whilst other praise came from Saxon Logan and Robin Carolan of Tri-Angle Records.  Anyway, I hope it can provide a gentle jolt around Halloween.  It is that time of the year after all. 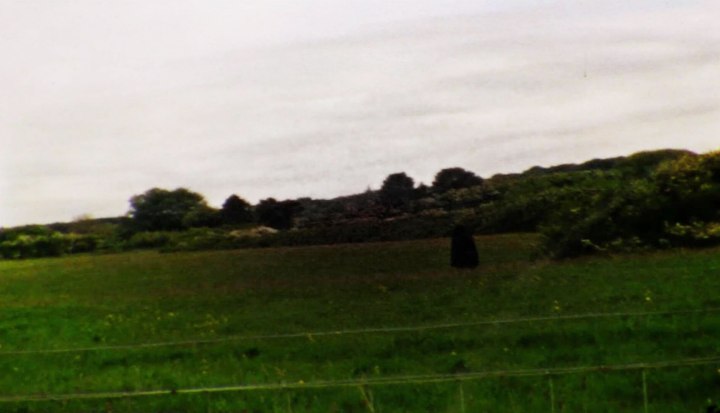