Viewing several films by Walerian Borowczyk allows certain traits and patterns to form in regard to his filmmaking.  From the extreme polar ends of Blanche (1971) to The Beast (1975), he’s a difficult to pin-down creator, though the man’s style has several factors that appear to gradually come into play.  Goto, Isle of Love (1969) already conjures images simply from its title though it’s doubtful they’re anywhere near as tame as the exploits in actual the film (at least by Borowczyk’s standards).  Those expecting more erotica-based pleasures from Borowczyk may be surprised to find an endlessly interesting and thematically complex film that seems more than a little Kafka-esque.

Indeed, Kafka seems to be the main reference point as Goto follows the lowest of class workers on his meteoric rise through the social strata until he is eventually head of the island itself.  This isn’t a typical drama of ascent but an avant-garde exploration of the role of power, its corruption, and the deficit it leaves both personally and sociologically.  The main character of the film is Grozo (Guy-Saint-Jean); a man spared from execution to become the boot-cleaner and performer of other menial tasks for the island’s leader.  He becomes obsessed with the leader’s wife Glossia (Ligia Brannice) who is having an affair with another man and plans to escape the island, and so plots his rise to power through intrigue and callous voyeurism.

The film has a number of themes, several of which tie to Kafka or perhaps even Dostoyevsky.  There’s no doubt that Grozo’s rise to Goto of the Island (Goto being the name of all of its past leaders), has an air of The Double or The Gambler about it: the rise of the undeserving and the double-crossing and the success of the cheat.  More so than Dostoyevsky, however, Kafka is continually an aesthetic reference point.  The totalitarianism of the isle suggests a Castle-like regime of bureaucracy at play; a regime that travels around on railway lines on carts peddled by the island’s inhabitants and beats and executes anyone who steps out of line.  The walls are crumbling and unloved, recalling Welles’ adaptation of The Trial (1962).  There’s little doubt that Goto resides somewhere over the water from K’s paranoid little town.

Elsewhere, insects come into play, being a strange symbolic presence for the island’s way of life.  One of Grozo’s more interesting jobs is to be Goto’s fly-catcher and he uses an ingenious device to trap them.  Using insects and their Latin language as symbols for the islander’s situation (they themselves are caught in a trap and dispatched by water if they try to escape, just like the flies) brings to mind Kafka’s Metamorphosis though there’s no physical change in Goto: just an uncomfortable likeness to the ease of capture of the insect world.  Even when people do appear on mass (which isn’t often here), they are shown to be involved in process rather than something more humane.  In one particularly voyeuristic scene, one which foreshadows where Borowczyk would start to go in future films, a wash-house of prostitutes is shown, breaking levels of the composition with detailed naked bodies.  There’s a typical Borowczyk focus which verges on the erotic but the shot is purely mechanical making it seem far outside the likes of Immoral Tales (1974) or The Beast.

It’s surprising to find such a creative film less spoken about.  It fits nicely with the European art-house cinema of the same era; using aesthetics to push thematic boundaries and present films as philosophical treatises rather than purely narrative art.  Borowczyk’s sense of detail and precision is quite astounding and each scene possesses a great sense of labouring and meaning.  The bricks in the walls all look have a certain level of battered hopelessness, the walls are shot in a staged landscape-style and the people move along the X axis in strange ways until Borowczyk breaks the rhythm and moves shots in of full frontal drama.

In 1969, a film about the rise of power and the system of progress would have seemed fitting with a backdrop of the world in turmoil as youth rebelled against its seniors.  Grozo is a character who sits relatively oddly in this time but also reflects a disconcerting truth.  His rise is one born out of two things: a desire for respect and the lust for a woman.  The two had both been subdued by his social position (even going so far as to ask a prostitute to wear the garment of the women he really wants) and when he eventually is in a position of authority, the desires decompose to dust before his eyes.  There are things outside his power, outside the power of the island and its authority; and like his fellow inhabitants he had been too blind and brainwashed to see it.  Ironically, it took him being in the high tower to perceive this fallacy in the first place. 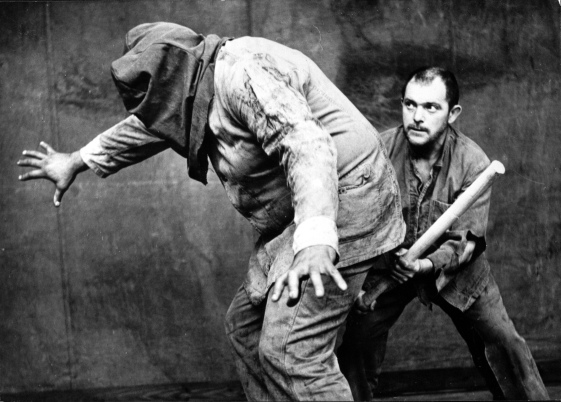 An interesting mixture of extras distract from the fact that Goto looks completely pristine as a print. The clarity of the image is genuinely alarming and a beauty to behold (Borowczyk’s contrasted images are some of the strongest available in the series of releases).  An interesting introduction by Turner Prize nominated artist, Craig Horsfield, shows the extent of Borowczyk’s influence as an artist in his own right.  This is looked into further with an examination of Borowczyk’s sound work in The Profligate Door; the man is clearly a creative power-house on all fronts.  There’s also an obligatory documentary on Goto itself which is made to work predominately by the energy of the interviewees, especially actor, Jean-Pierre Andréani, who fizzes with enthusiasm for Borowczyk and his work. 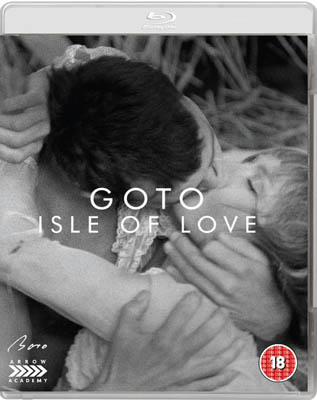