The second release of the BBC Christmas ghost stories finds the real birth of it as a staple of the wintery Christmas nights of the 1970s and showcases the first two of five serials by Lawrence Gordon Clark.  Though both of the stories are again M.R James adaptations the connecting factor here, apart from being chronologically accurate, is the inclusion in each story of a certain Dr Black played with a natural and antiquarian snootiness by Clive Swift.  Black is no doubt a product of James’ own psyche; a fellow of academia surrounded by logical pomposity and a desire for knowledge above all else.  However his presence in the first of our two stories makes it distinctly different to the usual victims of James’ prose (who often resembling Black’s characteristics) and this gives 1971’s The Stalls of Barchester an icy but fresh feel.

The Stalls Of Barchester is a story within a story.  Dr Black is cataloguing a university library’s books when he and the rather unhelpful librarian, come across a box of manuscript which recalls the haunting, revenge and madness of one Archdeacon Haynes played superbly by Robert Hardy.  The narrative switches between Black reading out Haynes’ diary and showing Haynes’ life itself as the ambitious but gradually haunted Archdeacon faces up to his demons.

The Stalls Of Barchester shows many obvious reasons why the BBC grasped Gordon Clark’s idea of an annual ghost story at Christmas.  It’s well known that the BBC have a strong history of period dramas and Barchester is the perfect set up for costume and atmosphere.  The ghosts are as subtle as the humour which seems natural and unforced, especially when it appears that Haynes’ senior is living far longer than perhaps expected.  Haynes’ ambition gets the better of him as it’s clear he’s paid off the maid to move a carpet rod from the stairs, resulting in Archdeacon Pulteney’s death, allowing Haynes to take charge.

Unluckily for Haynes though, the carvings on the stalls of his church have been cursed to avenge anyone who touches them with blood on their hands.  This is another common theme of both the stories and a typical Jamesian trope where objects result in haunting and the summoning of ghosts and demons.  The ghosts are patient and are filmed with that typical corner of the eye feel, though jump ship when exacting their final revenge on Haynes after months of maddening, psychological torture with a violent and slightly gory end.

The claustrophobia of Barchester is replaced in the following year’s adaptation with vast expanses and a fear of never ending space becomes a motif in 1972’s A Warning To The Curious.  This is an improvement on the already solid series but it’s an adaptation that’s both faithful and timeless.  The character is again an unusual choice of victim for James with Mr Paxton clearly out to hunt for the lost crown of East Anglia due to losing his job, solidified further by showing a paper with “3 Million Unemployed” as its headline.  This also gives it a sense of poignancy and it’s surprising a remake hasn’t been suggested to tie in with our apparent, never ending recession.  Peter Vaughan makes A Warning to the Curious that extra bit chillier, perhaps due to his quite frightening on screen presence (no doubt fuelled by his roles as the psychotic farmer in Straw Dogs and jail gangster in Porridge). 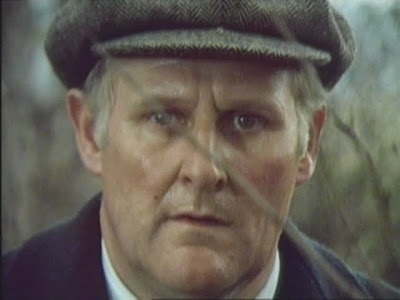 The opening of the program is a surprisingly violent affair but sets the tone for the sort of ghostly character being dealt with.  It soon becomes clear that the crown is protected by the ghost of the William Ager who was in charge of looking after it and is the initial murderer we see.  Most of the hauntings are extremely effective, taking note of Miller’s 1968 Whistle And I’ll Come To You by staging the majority of them in plain daylight on the beaches of Norfolk.

The only fault however is that Gordon Clark shows perhaps a little too much of the physicality of Ager’s ghost.  In the final chase before Paxton’s untimely demise, Ager’s ghost seems far too physical to be truly unnerving though this is perhaps present to justify the ghost’s violent abilities shown moments later.  Dr Black stays relatively in the background for a large part of this story yet the denouement of this tale is the suggestion of his demise too at the hands of the ghost as a repeat of the previous mis-seeing of a passenger allows the train station attendant to let someone in to Black’s compartment as he’s leaving.

Building on the reasonable extras of the first disc, this second release spoils the viewer with some marvellous, spooky delights.  Apart from some interesting introductions to both stories by Gordon Clark, two re-tellings of the stories are present in the form of the BBC Ghost Stories at Christmas with Christopher Lee series.  Some time ago, these would have had DVD releases of their own but here they on as extras and fans of British spookiness should feel thoroughly spoilt by this release. 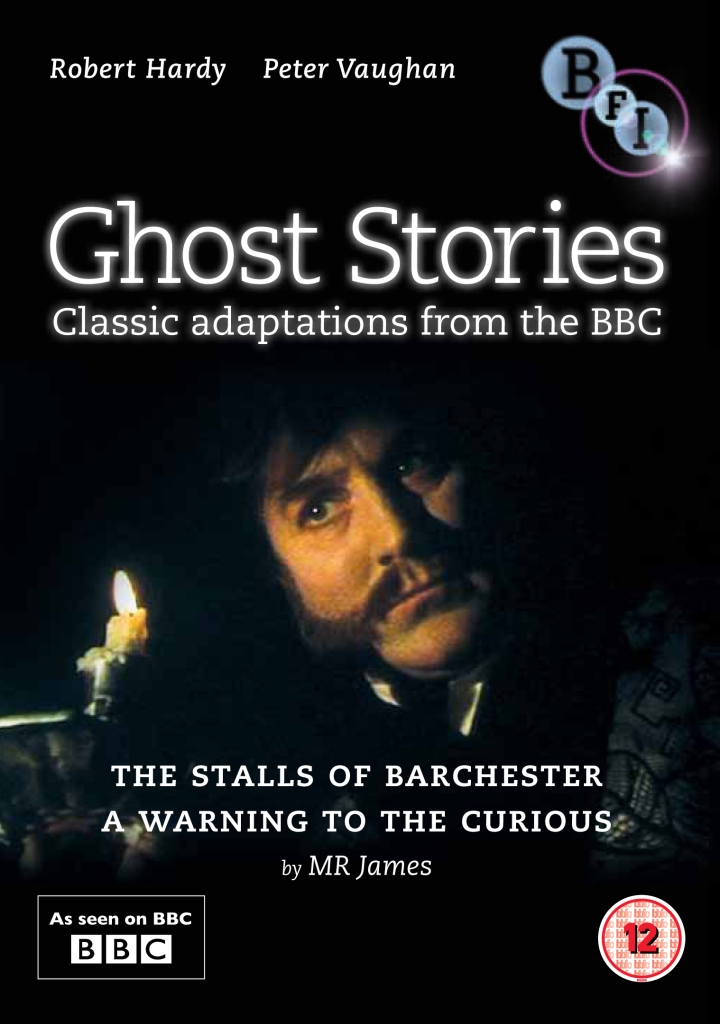