Chantal Akerman’s first series of features in the 1970s have one defining aspect in common: all are suffused with loneliness. In her first fiction feature, Je Tu Il Elle (1974), a character wanders between lovers old and new but is always confused as to what she really wants. In Jeanne Dielman, 23 Commerce Quay, 1080 Brussels (1975), we follow a woman trapped in the monotony of a mysteriously empty and solitary everyday life with her son. Even in her documentaries of the 1970s, Akerman has a vagabond approach which is haunted by solitude, her films being messages in bottles such as New From Home (1977); a city-poem narrated by letters received from her own mother. The 1970s peak for Akerman with perhaps her loneliest and most beautifully distanced of films, Les Rendez-vous d’Anna (1978). More so than her previous films up to that point, Akerman affirms the melancholy of constant travel through her most ambitious set of visual scenarios.

Les Rendez-vous d’Anna follows a film director, Anna (Aurore Clément), as she travels around Europe attending screenings of her films. On her way, she meets a man in Germany, Heinrich (Helmut Griem), who she initially takes back to her hotel to sleep with before being unable to go through with it. She instead opts to meet his family the next day and hear the story of his sad life. She then travels again, meeting a friend of her mother’s and, eventually, her mother herself (Lea Massari) in whom she confides her first experience of intimacy with another woman. Finally travelling back to her home city, she goes to a hotel with an ex lover (Jean-Pierre Cassel) before ultimately ending up alone in her flat, listening to answer phone messages.

Akerman herself was a traveller, venturing around the world with only a delicate sense of belonging to one specific place, and certainly not her home town of Brussels. Anna is clearly a shadow version of Akerman, a distanced film director who is equally unsure as to what she really wants from her life. In many ways, she becomes the marionette of her film producers, wandering in a daze through a variety of European cities, not quite sure as to why she is exactly there. Her life is a flicker book of train stations, banal hotel rooms, late night cafes and the like. She fails at intimacy in almost every instance and, played over the backdrop of a reduced editing style brought over partly from Jeanne Dielman, the film captures the engulfing stasis of loneliness in all its determined grace.

The opening shot is almost a mission statement for this loneliness. A fixed image of a German train station shows a coldly symmetrical composition of the stairs leading down from the platform. We hear a train arriving though the camera refuses to move at all to allow us a view or any break in the stasis. Huddles of people busily rush past and down the stairs, shuffling on to the next short moment of their lives. One woman, that is our protagonist, begins to detach herself from this crowd, perhaps unwillingly and with little choice. She heads to a phone box and makes a call but the camera still refuses to move: Akerman even denies her the company of the viewers themselves as she makes her phone call. She finally wanders back and slowly down the stairs which are now deserted; her work (or perhaps her love life, it is uncertain in this instance) has separated her from everyone she had travelled with.

The film’s travelling is very much similar in tone to this scene, with the rigid inability to find warmth or comfort. Though she converses with fellow travellers on trains, Anna seems to rarely take anything in. So many of the conversations that float her way are one sided, as if she allows others to express and detail the problems they cannot otherwise share or be rid of. She becomes a key to unlock the frustrations of those around her on these tedious journeys, though she never ultimately solves her own turmoil. The journeying means she is never really there, she is never fixed, always clock-watching for the time of the next train or meeting. She is a phantasm of the city, never able to establish anything as her momentum drags her on, casting everyone around her to the wayside of the train lines.

A strange emotional haze is present throughout large parts of Les Rendez-vous d’Anna. The feeling finds a symbolic visual in Anna’s first hotel visit. The room she is staying in has large windows, covered with a thin, white net curtain that partly obscures the view. Anna pulls it back and the camera follows her, creating a hypnotic image of a determined attempt to regain clarity. But behind the obscured image was only further evidence of how alone she is, how empty she feels on this meaningless meander back home. This emptiness gains more and more specificity as the conversations between her and a variety of people amplifies her solitude.

When she visits Heinrich’s family, the conversation largely revolves around his own failed marriage, but the presence of both his mother and his daughter in the house frames Anna in interesting ways. We barely see them converse and Akerman skips the potential scene of them all eating together. Instead we hear of the dinner in hindsight, where Anna is then asked for her opinion on the two other women. It’s the beginning of highlighting Anna’s dual role as daughter and as a childless woman. The whole scenario can’t help but feel constructed purely to highlight her own isolation and the parallel world she potentially could have inhabited.

In making her way back to her mother, the distance becomes clear; that this is a rare occurrence as if facing her own mother highlights how she is still childless. The wandering journey of her films seem like a failed searching for the children that she has never had, confirmed finally by her empty single flat in Paris at the film’s conclusion. It also partly links to the muted sexuality of the character who seems unable to fully commit to any one liaison or conclude it, as if it’s simply too associated again with the absence of children. In a later scene when her ex-lover begins to explain his own isolation he professes his ideal world as being one where he is a woman who has one child, dedicating his life to it. It’s as if every aspect of reality unconsciously derides Anna’s position, perhaps even her choice, in the most unnerving of fashions. It speaks of a quiet, constant and very real social pressure.

Sex is icy in Akerman’s film though this is part of a continued trend from her early cinema. In Je Tu Il Elle, the daringly extended lesbian love scene is actually one of the coldest sex scenes in 1970s cinema; the characters so unsure as to what they want that they resort to literally throwing their bodies clumsily towards one another in the hope of rekindling the romance that was once there. Akerman employs the same effect in Les Rendez-vous d’Anna in the failed sex scene with Heinrich, the man seemingly pawing and throwing his body at Anna, trying to evoke some reaction in return. But she remains passive, lifeless. Later on, with the revisiting of the ex lover, the sexual tension of the scene similarly fizzles out to nothing, with both characters enraptured by the vast city that lies outside of the window before the man becomes ill. 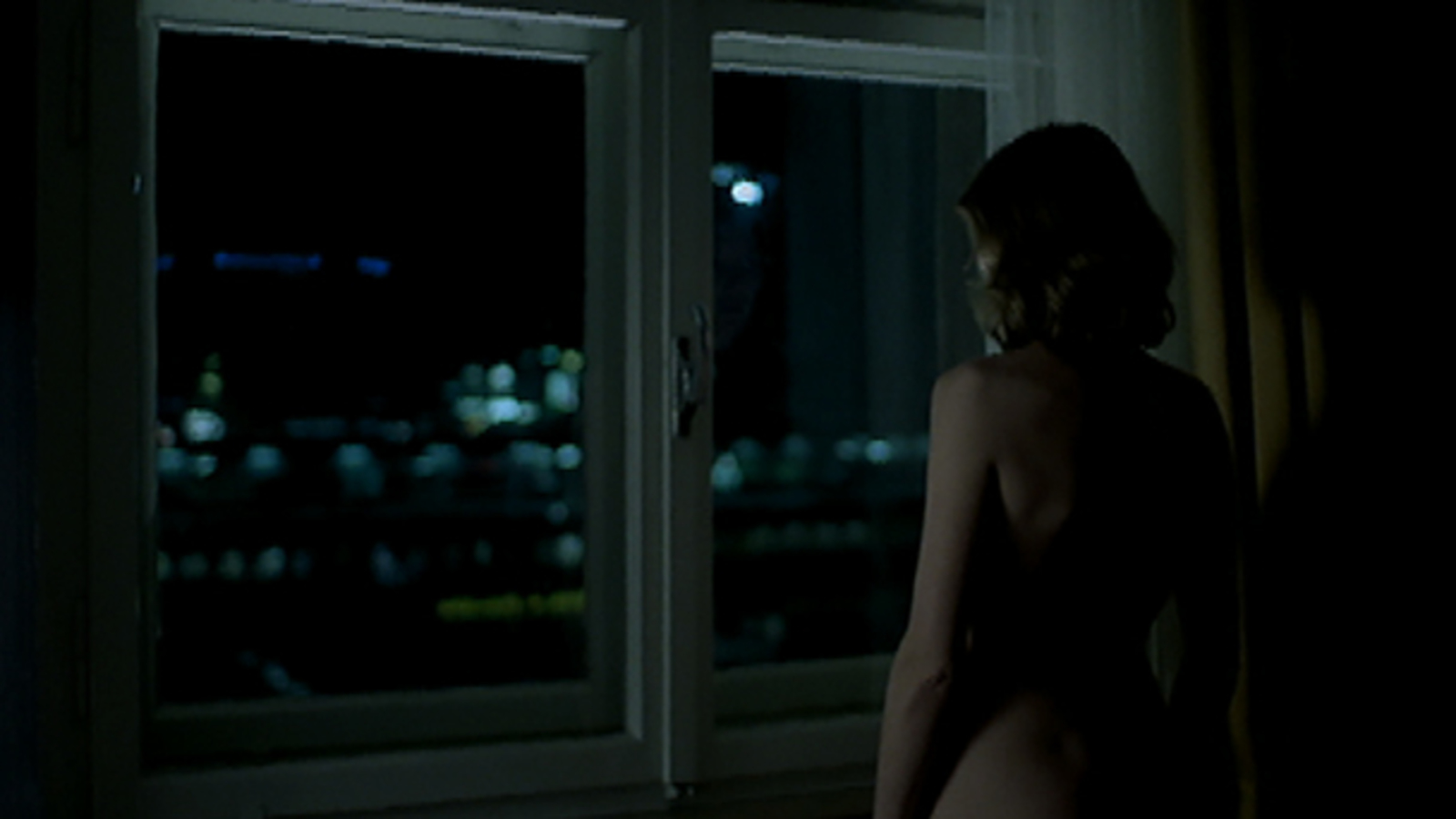 The only sexual satisfaction Anna really has is in the past tense, recounting to her mother the moment she fell into bed with a woman in Italy, itself seemingly only by chance and not by design. The moment of this admission is unusual in that both Anna and her mother are themselves in bed, frozen and unsure as to how to react. It feels as if Anna is trying to explain to herself what happened and why she still phones the woman. She professes love but it sounds hollow, with the overwhelming context of the film colouring it as yet another lost moment in a series of empty steps to nowhere. Sex is a strange performance that is no longer possible to repeat with total abandon when the knowledge of the people’s ultimate transience is there as a persistent spectre. There is nothing left but the self when cut loose from the emotional responsibility of others.

Akerman has a final, tragic trajectory for Anna. It’s not simply the apartment she eventually finds herself in, cold and with the lights off, but the answer machine that ghosts the lost moments of previous days when travelling (and the future repetition of the film’s structure). A number of voices speak from the past through this machine. One is possibly the Italian woman she has been trying and failing to call at various points in her journey. Some are from friends, expressing desires to meet, perhaps for more reasons than simply amiable company. But the most blunt is from her producer, suggesting that another such tour is about to come up for her, meaning more travelling, this time around various cities in Switzerland. It is a quietly brutal realisation of stolen agency: that Anna’s life is circular and really out of her hands.

But Anna’s journey has this shape because that is what really constitutes loneliness; it’s never ending monotony, its lack of physical fixation. When Akerman addressed some of these issues in Jeanne Dielman, she did so by extending the length of shots, repeating household rituals and movements as Delphine Seyrig tried to normalise her own behaviour and isolation. In Les Rendez-vous d’Anna, Akerman has evolved and is now looking at a different type of isolation. Rather than being one whose illusion could collapse if the confines of the four walls of domesticity were simply broken, this loneliness dogs a woman across a whole continent, toying with the constant dissatisfaction that a transient life ultimately leads to. It makes for what is surely one of Akerman’s strongest films but also one of her most honest, in which she faces head on the drifting reality of a creative life. Loneliness never felt so inevitable. 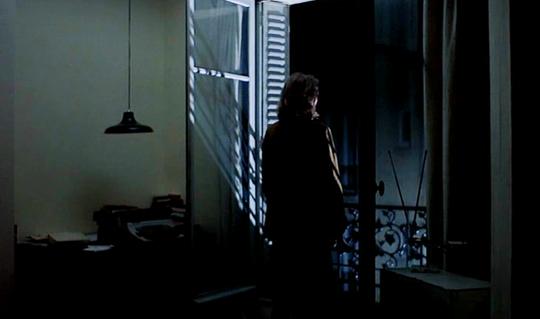