Nature is always present or at the very least contrasted against something in Gideon Koppel’s nostalgia portrait, Sleep Furiously (2008).  In spite of the film being a very clear ethnographic postcard from the director’s past, having lived previously in the Welsh town of Trefeurig, it manages to underline its gentle portraiture with a sense of pervading nature and landscape; where even the most concrete of areas used by the locals for activities such as recreation and farming are still somehow formed in relation to the landscape.  When first viewing the film, thoughts begin to encircle around how such communities differ to larger, more urban conglomerations and it soon occurred that Sleep Furiously and the community it portrays demonstrate certain forms of transcendentalism, specifically and unwittingly following certain principles of the American writer and transcendentalist, Ralph Waldo Emerson.

Emerson found deep and palpable connections between understanding the natural environment and certain forms of moral and theological ideas, arguing that by incorporating the former, the latter would flourish into new realms of higher possibility (and potentially a better, more ordered society).  He begins exploring this in his short, originally anonymously published essay, Nature (1841), where even on the first page, he sets out the link:

The foregoing generations beheld God and nature face to face; we, through their eyes.  Why should not we also enjoy an original relation to the universe? … Embosomed for a season in nature, whose floods of life stream around and through us, proportioned to nature, why should we grope among the dry bones of the past, or put the living generation into masquerade out of its faded wardrobe? 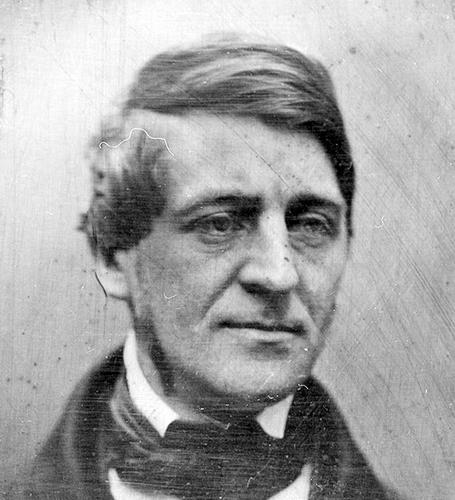 In Emerson’s eyes, this manifests quite explicitly in theological terms, no doubt because of the era he was writing in and its still enraptured visions of religion.  Sleep Furiously channels this in both a theological sense and an ethnogeographical sense by documenting a community which has had no choice but to build its sociological mores around the will of the Welsh landscape.  The film opens with a town crier walking upon a long, empty road with his dogs.  It sets the tone for the ritualistic traits that the community express throughout the film, whether it is through the local competitions of cake baking to the daily workings of pastoral and arable farming.

More so than the ethnographic aspects, however, Koppel’s film very earnestly shows how this landscape can feed into the lives of the area’s occupants in a cathartic and positive way.  This is against the idea that the isolation of the town is a negative aspect, even if it means that the villagers have to (or perhaps even choose to) get their books from a travelling library on a van.  If the landscape is not explicitly present within the shots, then its appearance will still be there as a subtle reminder that even the interiors, the “faded wardrobes” of the drab school yard, beige town hall and concrete cattle yards are all under the watchful eye of the rolling Welsh hills.  Sometimes Koppel captures this very deliberately, for example showing the idiosyncratic but largely pedestrian interiors of some of the villagers’ houses contrasted with the awe-inspiring landscape awaiting them out their window; it is the casual potential to tap into this epic and dramatic landscape that underpins the contentment of the lives on show.

Elsewhere, Emerson’s ideas of walking are expanded upon very literally with several different excursions into the landscape by the villagers for various reasons, showing the healing and beneficial act of rural walking.  In Nature, Emerson connects the ideas of solitude with that of being outdoors rather than indoors, stating: “To go into solitude, a man needs to retire as much from his chamber as from society.”  whilst later going on to suggest that “Nature never wears a mean appearance.  Neither does the wisest man extort her secret, and lose his curiosity by finding out all her perfection.”  Sleep Furiously is bathed in this sense of detachment as necessity, the previously mentioned opening scene of a town crier walking and calling along a lonely road with his dogs being a perfect embodiment of the idea.  Yet, this is just one example of many within the film.  Throughout its running time, it is littered with lone walkers exploring for a variety of personal and often emotional reasons.

The strongest example comes from an older woman who makes the long pilgrimage up the hill near her cottage to place a stone on a grave.  The amount of stones there suggests that it is a pilgrimage that is undertaken often, the journey into the landscape perhaps dispelling the build-up of mourning thoughts and feelings.  This isn’t to say that nature or the landscape is caring.  Instead, it is its indifference that both Emerson and the community of Sleep Furiously build their ideas and lives upon.  This pilgrimage also hints at another idea of Emerson’s, one of a strong, esoteric link between the landscape and its walkers but one that is a little over romanticised and contradicting the role of nature’s indifference: “The greatest delight which the fields and woods minister is the of an occult relation between man and the vegetable.  I am not alone and unacknowledged.”

“The health of the eye seems to demand a horizon. We are never tired, so long as we can see far enough.” suggests Emerson and the people of Trefeurig provide a strong case for his thoughts.  Though the film is littered with small calamities, chiefly the closing of several public amenities essential to the village, Sleep Furiously is really a portrait of contentment.  The community strive through their landscape and about their daily business, happily haunted by its presence through their window and throughout the changing seasons but welcoming  of its invigoration of spirit when required.  As Emerson beautifully questions, “Have mountains, and waves, and skies, no significance but what we consciously give them, when we employ them as emblems of our thoughts?”

One thought on “Emerson’s Nature and Sleep Furiously (2008) – Gideon Koppel.”