Robert Altman was a master in critiquing American forms of culture.  So many of his greatest renowned work revolves around taking an American form, cultural sect, or problem and portraying their dramatically polar angles of perspective often denied to it (then and now) in mainstream culture.  From early documentaries on college football in his debut work Modern Football (1951) and on James Dean in The James Dean Story (1957), to critiquing the Korean War in M.A.S.H (1970) and that most American of pulp genres, film noir in The Long Goodbye (1973), America has always been put under the microscope in Altman’s work.

In 1975, this detailed examination of American culture would manifest in his logistically vast and impressively nuanced film, Nashville; a satirical, beautiful, funny and ultimately haunting look at the country music industry and all those who revolve around it.  Out of all of Altman’s work from this era, the film is his most ambitious, covering a whole host of characters that are sketched with such ease and speed that the fact that each of the main players is actually memorable (and easily remembered during the film’s two and half hour running time) is an achievement in itself. 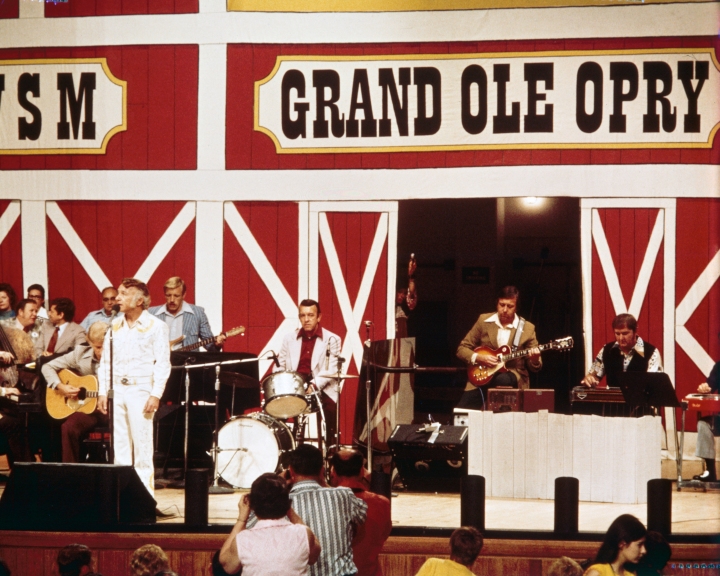 The film begins with showing the typical birth of the culture in question, transplanting the drama into a recording studio where the film’s most conservative and traditional singer, Haven Hamilton (Henry Gibson), is throwing a tantrum at his new piano player’s lack of something unnamed in his playing.  From here on in, the film follows the circus that surrounds the music scene from music expos and concerts to political rallies and industry socials.  Each section has its own elements of humour but Altman isn’t showcasing the industry just for the sake of mining some drama out of the lifestyle; he is in fact critiquing the emotional suffocation of the human story behind the limelight as well as the raging political battle that ensues (marked by a humorously dry campaign van blasting away diatribe throughout the film).

Because of the sheer number of characters, Altman exerts unbelievable control over the narrative but does so in a way that means his presence is barely felt.  Several segments of the film have such a sense of organised chaos that the viewer is often left with the impression that Nashville really is a documentary and not just a piece of fiction.  Like several of his films, the American Dream is under fire or, more accurately, is subject to a disillusionment.  Nashville is effectively the unveiling of the Wizard of Oz from behind his green curtain.  Instead of finding a sad old man behind the illusion however, Altman finds an array of Carver-esque characters suffering from the abject distance that their own art-form insists that they live through.

Carver is an interesting reference point, not only because of Altman’s eventual adaptation of his work in Short Cuts (1993), but as a creative parallel with very similar ideals.  The characters in Nashville are not isolated by their dusty television sets and poverty-stricken outback lifestyles as in Carver’s writing, but instead they are emotionally suppressed by the facade of the country music industry.  This is a demand that effects the characters in various ways but ultimately it destroys their sense of self and they must eventually bow to the pressure of being the perfect all-American performer.

This is never more disturbing than in the story of Sueleen Gay (Gwen Welles) who is tricked into believing she can sing (she can’t), only to get picked up for a bar performing job which actually turns out to be that of a stripper.  Out of all of the characters, she is the one most fooled and most hurt by the illusion of Oz and her desire to become a successful country singer is abused by a patriarchal industry to immensely uncomfortable effects.  The same can be said for the struggling singer, Albuquerque (Barbara Harris), who is ignored by the successful stars and industry professionals throughout the film, only to be given her big break at the end when the industry’s most famous but tortured star Barbara Jean (Ronee Blakely) is assassinated at the final political rally.  It’s a bittersweet ending.

With so much going on, this can only scratch the surface of a film which is bulging with hidden depths and themes.  Aside from some entertaining cameos from Elliot Gould and Julie Christie, a believably realistic, posh journalist from the BBC and the various stars haunted by their own memories of a past so strongly longed for, Nashville is really about the mentality of living on the road, surrounded by people insisting on keeping up with an illusion.  The characters (or more precisely the singers and performers) are all shown to be mentally standing on the edge of a precipice, looking far down into its gulfs while being told to smile about it.  Altman is, however, optimistic, and the film is finally resilient in showing that the emotionally bleak situations and the cracked veneer of American Dream “don’t worry me.”

Perhaps the most useful aspect of the Masters of Cinema extras for this release is the sheer scale of perspective given; an essential tool in viewing such a layered film.  Aside from a superb commentary from Robert Altman there are two separate interviews with him (from 2000 and 2001 respectively).  Alongside this are interviews with Altman regular Michael Murphy and Nashville writer, Joan Tweksbury.

While all of this content is of course useful, it no doubt effects viewing of the film with so much information adding new depths and themes to its reception.  While some extra-heavy releases can seem like overkill at times, Nashville as a release thrives on the various inputs from the creative people behind the film as well as the more contemporary contextualisations of the informative booklet thanks for Adrian Martin and his essay.

Nashville is released on duel format by Masters of Cinema of the 16th of June. 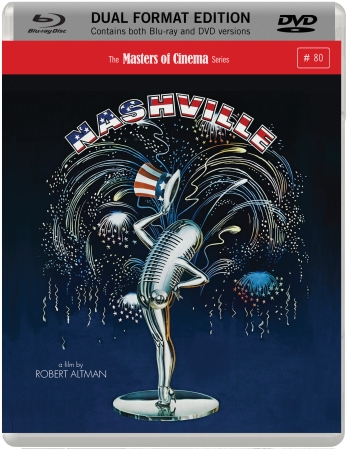