Though drenched in visual complexities and sharp, hap-hazard editing, Ingmar Bergman’s Persona (1966) is film that is aurally interesting as it is exhilarating to view.  Its opening segment of film footage from all corners of cinematic life, spliced together to form a montage of passing thoughts and nightmares, is actually a beautifully put together piece of sound editing as well.  This perhaps can become hidden over the visual elements; partly because they are simply stunning to watch (Persona made into the last S&S top 20 films of all time and was Bergman’s highest ranked film) and partly because even the most ardent of film writer’s are taught to ignore the spell of sound in case realisation of its existence uncovers the lie of cinema itself.

There are two interesting sound elements that accompany Persona.  These happily are not complex in where they sit within general film sound analysis.  While one is based very clearly in the world of the filmmaker and outside of the reality of the film (nondiegetic), the other sits very much inside of the film’s world and makes up a huge part of Persona’s narrative.

The chaos of the spliced opening movement is mirrored heavily within its nondiegetic sound world.  Most pre-1966 cinema is condensed into a short montage of images (at least stylistically).  Silent comedy, cartoons, documentary and drama all dash in and out of the frame as Bergman builds the emotional identity of the missing piece from the film’s narrative (that of the unspoken boy at the heart of drama’s mystery).  Musically, Bergman sticks with his visual’s clichés, using typical musical scenarios for those types of film to accompany his cinematic notebook.  The identity of a number of the clips could easily be deduced through simply listening to them.  Its silent comedy segment has the typical, overbearing signposting that accompanies many silent comedies while the documentary clip of the sheep having its throat cut has ominous airs of classical music and emotional heightening.

After this opening and title sequence, the score dies down.  Appearing at various moments but mostly allowing space for the performances of Andersson and Ullmann to expand.  Interestingly though, when the music does appear, it is often to reflect the reaction of Ullmann’s actress rather than Andersson’s nurse.  There’s a straightforward reading of this being based around the fact that Ullmann’s character cannot talk or speak.  The whole narrative is based around this problem of communication, leading to emotional release and confusion.  Bergman seems clear here that Ullmann’s character needs help with communicating with the audience as well as Andersson’s character.

Ullmann’s reaction to the TV news on in her hospital room is accompanied by a severe piece of scoring, heightening the already obvious reaction of her character.  It feels necessary, especially without the character able to express any verbal reasoning as to what she is seeing but again, this is a large point that the film pivots around.  When scoring is next present, the two characters are together but it is there to show the oddness of their merging in the middle of the night.  The scene itself feels like a dream; neither character can remember or confirm that it happened.  The music hints at the dark undertones of this beautifully shot sequence which needs swaying away from ambiguity simply for the purposes of the narrative. 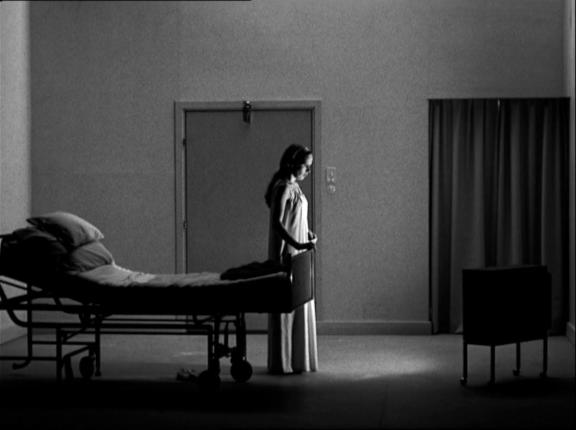 Ullmann’s lack of speech makes up the second interesting sound element within the film.  Lack of speech and communication had already been a subject for a number of Bergman’s films, especially within his “Faith Trilogy”. The idea causes the drama found within Winter Light (1963) and Through a Glass Darkly (1961) but is at the very centre for The Silence (1963); a film with similar undertones to Persona.

Her lack of voice lends the conversations between the two characters completely uneven.  Her reaction to talking is a smile or a nod.  This imbalance within the sound world lends the film an entirely different feel from that of another psychoanalytical drama as it draws far more out of Andersson’s character to the point where she is begging for her companion to talk.  This silence clearly questions the nurse’s world too much; allowing her to eventually become angry at the situation.

When the two women become aware that they are at odds with each other while at the same time merging personas with each other, the film literally breaks down.  It breaks and burns away with sound of chewed up celluloid entering into the cinematic world.  The original clips shown in the opening come back around, the music of the different types of film (specifically the comedic silent film music) mocking their situation.  Persona therefore openly questions the criteria for existence, arguing both for it to be defined by communication and to be defined by silence.  The silence even brings out aural hallucinations from the nurse’s radio set, mentioning names and fulfilling the missing half of her conversation that she so longs to hear.

While these themes are addressed in the most expressive and effective of visuals, it is quietly backed up by an impressive soundscape that both controls the drama and allows it to breath.  While the personas of the two characters are merging because of their emotional trajectories, it seems just as much to be pre-determined by the role of sound within the film and therefore Persona can be seen as a drama based around a reality born from an ironic lack of sound. 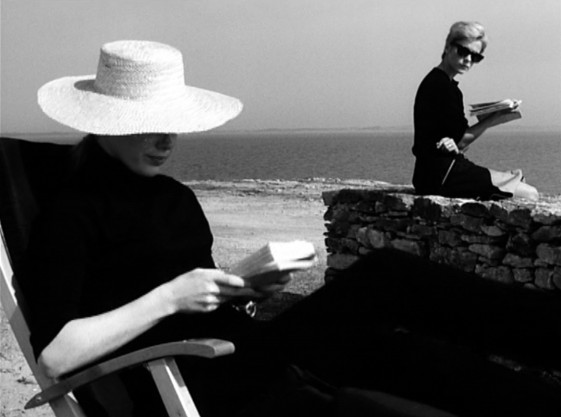