For a while after watching Jacques Rivette’s La Belle Noiseuse (The Beautiful Troublemaker, 1991), I repeatedly heard the sound of ink scratching from a nib onto rough paper and canvas. This action occurs throughout the almost four hour long film, to the point where the process of painting – from its earliest preparatory sketches to a devilish, unseen final canvas – feels almost conveyed in real time. It is, in fact, set over a number of days. Adapted loosely from Honoré De Balzac’s The Unknown Masterpiece (Le Chef-d’œuvre inconnu, 1831), the film charts the difficulties of a singular creative process, shared between artist and subject. More than this, however, the film deals with something I’ve been trying to articulate for a while about creative endeavours; an almost required accumulation of work.

In the film, the painter, Frenhofer (Michel Piccoli), decides to revisit a failed painting from earlier in his life, due in part to being newly inspired by the presence of a younger woman, Marianne (Emmanuelle Béart). The painting was of his partner Liz (Jane Birkin) and, over several days, we watch as Frenhofer attempts once more to produce the perfect painting. Yet his process is violent. He is uncaring about Marianne and her pain as he contortions her naked body like a numb object. He aims in some way to destroy her but only finishes the painting due to her growing resistance to the process. Eventually, the painting is finished but, on seeing it, Marianne is horrified; it has captured something of her that she can no longer get back. Frenhofer, realising all he has lost to the process – including the happiness of his own partner – bricks up the final work and paints a quick, average picture to appease the expected viewers. 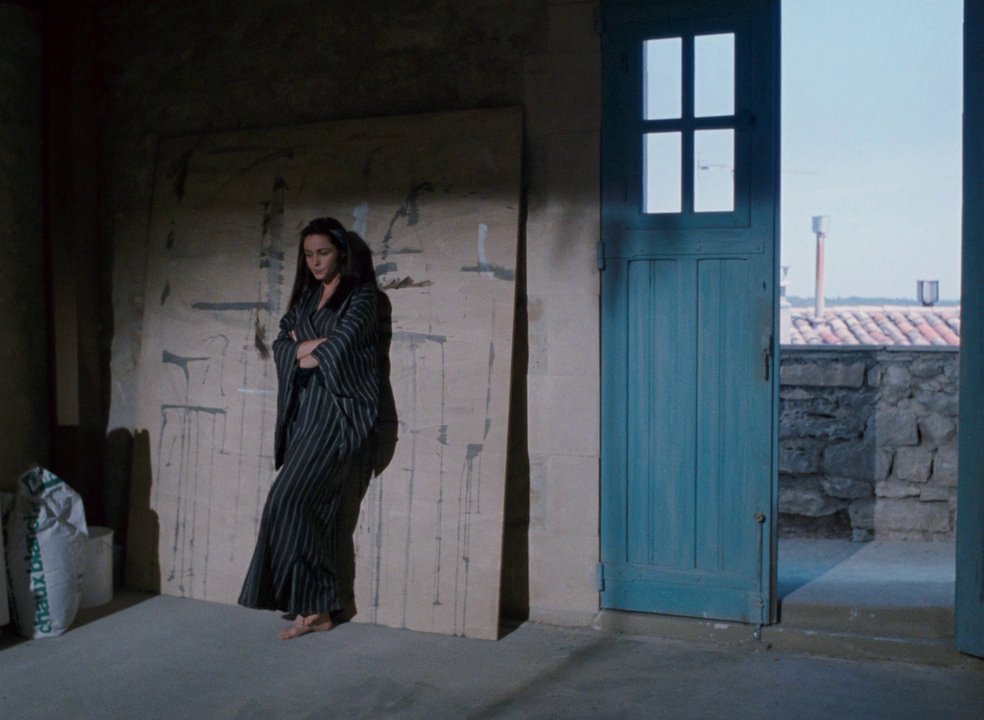 As typical for Rivette, the film accumulates time in order explore something in parallel: his films are the literal embodiment of Gilles Deleuze’s time-image theory where cinema evolved from capturing movement to containing block of pure, temporal matter. In Out 1 (1971), it’s the conspiracy of an interconnected group of Parisians (and again adapted from Balzac) whilst in Le Pont Du Nord (1981), the accumulation maps the journeys around Paris taken by the two main characters. In La Belle Noiseuse, time maps the creative accumulation of the main character, starting with the moment of return to a work, through the slow process of failed sketches and canvas paintings, all intermingled with the endless repositioning of the life model. It’s such a quietly intense film that it feels difficult to leave the process behind once the credits role, hence why the sound of the scratched ink and paintbrush on canvas in particular lingered for a time afterwards. Such is the accumulation that the momentum of it continues even after the film has concluded. There’s another reason why this accumulation and momentum works in the film. I can’t say for certain whether it is present in Balzac’s original story but it is certainly there in real life. I’d even wager that that same momentum and accumulation was present in the writing of Balzac’s story, even if it is not actually present within its narrative. For this is the general ethos behind effective works of all media. Like the sketches that Frenhofer produces early on, they are not objects in themselves but markers in the journey of process, to be slowly piled up until the peak can be reached. Even the writing of this short essay is in itself going through some sort of similar process. It started with the viewing of the film, before it ventured into several brief notes. The research was expanded upon, worked upon and edited until the piece is here, with you reading it. Even if it is not the dreaded, honest masterwork that causes such fright within Rivette’s film, the process behind it was, on some level, the same.

I believe this is why the film chimed so well on first viewing. It showed that very particular drive that is present in certain forms of creativity, leaving a trail that can be followed all of the way to the finished work. Whether that work is the defining moment of a painter’s life – and the destruction of a model shown an honest reflection of herself – or simply a piece of writing about that work, there’s an accumulation of ideas, sometimes physically made manifest, that eventually leads to some sense of finality. It’s a much healthier and truer narrative than any of the “genius” narratives often portrayed in such contexts, not least because it shows the constant difficulty in really making anything; knowing when it is done or whether it is simply another object to put on the pile towards the higher goal.

One of the most effective scenes in the film comes early on when Frenhofer is starting the process again. Before he begins, he turns all of the other canvases away from the model and his line of sight, almost making a show out of it. The past must face the brick wall rather than the present. It could be read as simply wanting to avoid distractions, especially those of past failures. But in the wider context of the film, it seems to be nothing less than a protective moment, avoiding the further weight of previous accumulative piles, where the momentum just didn’t reach far enough at the time. For those who have projects lingering on or still in the fray of this process, the feeling of dread conveyed by Piccoli on screen is both palpable and familiar.