I was walking through the National Gallery recently when I came across Jan Trek’s Still Life (1648) painting with its atmospheric rendering of ephemera. Within it sits a skull, some books, manuscripts, the helmet of a suit of armour and other such seemingly random objects. I had been thinking about similar paintings for some time, not least because several books of interest (specifically Robert Burton’s The Anatomy of Melancholy and La Rochfoucauld’s Maxims) had used similar paintings of such objects, often called a Vanitas, for their cover artwork. The paintings are part of a visual collection of works which examine the transience of life and the absurdity of worldly possessions by placing a variety of objects into a chaotic combination of textures and contrasts. The paintings and the writing are dealing with the same themes (the “Vanity of vanities” as the term, Vanitas, was coined from Ecclesiastes)  but, aside from concluding that it was an ideal I wanted myself to transpose into writing, I began to think of how other forms, especially film, could address this. The first name that came to mind after some time was Margaret Tait. 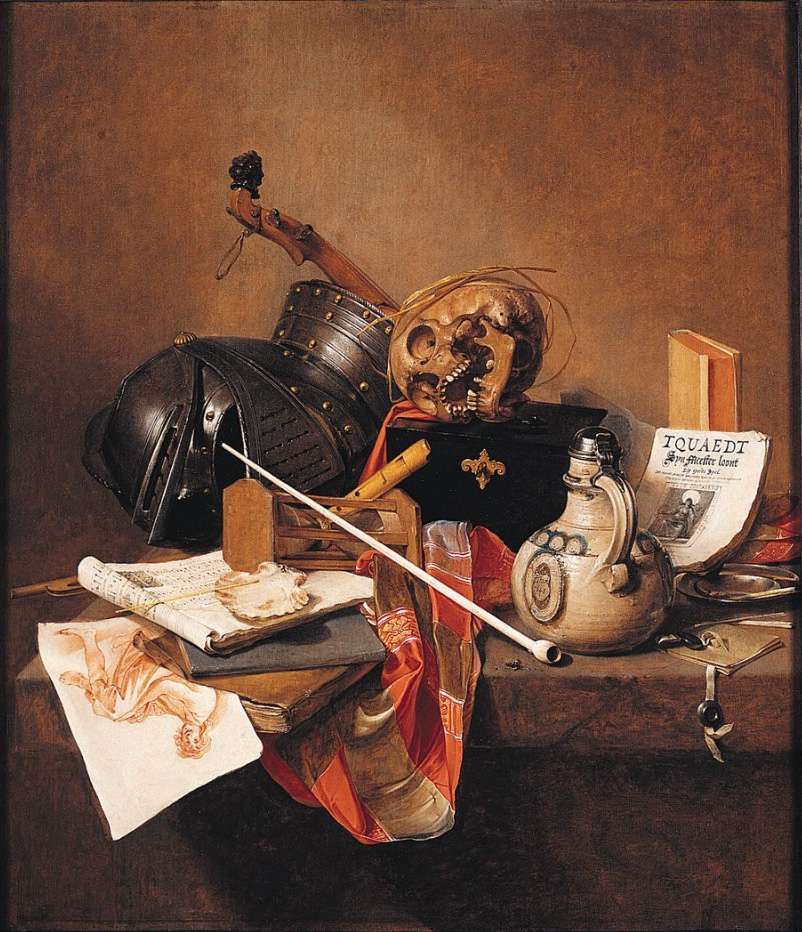 Tait’s work has often sought poetry in the most everyday of places. Her room and houses, the streets in the cities where she lived, and even her own family members were all quaint raw material for accessing a playful sense of portraiture. Her work is almost that of a diarist in its earnest capture of the world around her, building an incredibly intimate portrait of herself over a number of short films, albeit rarely actually featuring on screen. Searching through her films available online, especially on the excellent Moving Image archive, I came across her short film, My Room (1951), which seems to me to get close to a more innocent sense of Vanitas, acknowledging the portrait that could be created by showing the objects we choose to keep around us at least.

My Room is a very short film, barely hitting the two minute mark, and yet I find something wordlessly interesting in it, perhaps more so than her longer films, especially those which overtly poeticise the visuals via voice-over. The film is one of her earliest works, made when she was a student in Rome and probably merely an experiment to test out the 16mm camera rather than to explore anything specifically thematic. Yet Tait accidently captures herself by filming the objects in her room even if it really is just a camera test. She opens with filming her possessions; a pile of books sat on top of a multitude of suitcases. Already we know that the space we’re in is either that of a traveller or someone who is far from home. The place is warm as there are sandals on the floor with sun streaming in onto the tiles. Cans of film, photographic and cinema stock, are equally piled up whilst an editing machine, marker pencils and even a dark-room bulb can all be seen. It’s the cinematic equivalent of a portrait of an artist as a young woman if anything.

The film reels spool out into bands, almost resembling flowers, seemingly kept in jars and on tables. It’s as chaotic as any of the Vanitas paintings, albeit without the skulls or other ominous signs of death to come. The difference of course is that, within the moving image, the sense of loss found in the paintings is virtually impossible to recreate. The movement alone breathes life into the images; especially in with feeling that Tait has just filmed her room in the middle of the day with objects sat around as they are (and in use). There is not the feeling that the owner of such objects has died, unlike in the Vanitas paintings which heavily imply that the owner (usually the skull) is now part of the vast collection of things that they gathered in their lifetime.

I think Tait comes as close as any filmmaker to exploring this Vanitas potential in film even if by accident and highlighting why the medium doesn’t quite fit the form. Like so many of Tait’s films, life is there being lived to its fullest. It is not backwards looking nor concerned with anything but the now (the best example of this being A Portrait of Ga). It gives a sense of vitality to her work, that the filming was essentially “of the moment” so as to capture the rhythm of being alive as much as for any sense of prosperity. Looking backwards comes afterwards in Tait’s work, never influencing the moment when it was first made. La Rochefoucauld wrote that “Neither the sun nor death can be looked at with a steady eye.” Such a statement highlights the considerations that underpin Vanitas paintings perfectly. For an artist like Tait, however, neither aspect is given consideration and why should it be when the sun gleams so warmly and happily on the terracotta tiles of a Rome apartment?