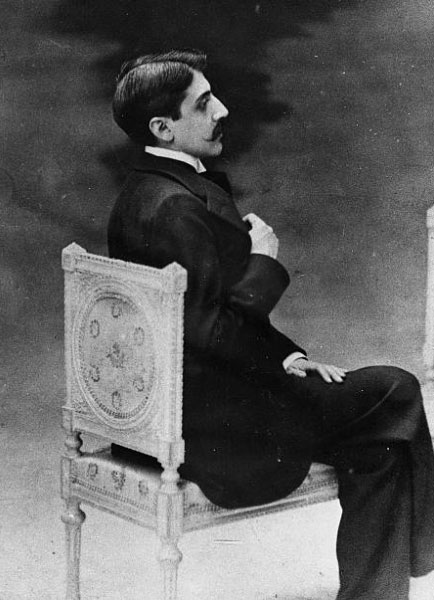 “What the Photograph reproduces to infinity has occurred only once: the Photograph mechanically repeats what could never be repeated existentially.” – Roland Barthes Marcel Proust turns away. His head is facing straight to one side but is not quite distant either. It could be considered a picture in profile if not for the angle of his body, crumpled and unusually creating the illusion of multiple … END_OF_DOCUMENT_TOKEN_TO_BE_REPLACED

One of my favourite moments from Alfred Hitchcock’s Psycho (1960) is not a typical choice considering the film’s many infamous scenes. Rather than showers, murders and other more memorable images, I particularly love a relatively bland scene later on in the film. It has narrative development in its eerie punch line but has little else on screen in terms of Hitchcock generally: it is perfunctory … END_OF_DOCUMENT_TOKEN_TO_BE_REPLACED

Arcadian Folklore The lost realm of Arcadia was noted for its vast array of folklore and customs. Many unusual tales are at the centre of a rich and diverse research field which has painstakingly assembled a wealth of material from a huge variety of sources. This essay can only give a brief overview of some of the more unusual and seasonal based customs, superstitions and … END_OF_DOCUMENT_TOKEN_TO_BE_REPLACED

Chance played a huge role in the writing of Robert Walser. I can picture his slow meanderings around towns and valleys, spotting something that fires a brief need to write. I can see him getting excited by the way the sunlight reflects off a lake’s water in a certain way, by the fustiness of a suited man coming out of a bank, by a woman’s … END_OF_DOCUMENT_TOKEN_TO_BE_REPLACED

A few years back, I dived into the French produced films of Luis Buñuel. My eyes were bombarded with images and ideas, so condensed and constant as to feel exhausted and exhilarated after each film. Even films that seemed at first more straight forward (That Obscure Object Of Desire, for example) had hidden, unconscious depths that played on my mind for weeks afterwards. Yet one … END_OF_DOCUMENT_TOKEN_TO_BE_REPLACED

I first came across Cindy Sherman’s photographic series, Untitled Film Stills (1977), when looking for photos of film noir titles. The series is designed around fakery, seeking to recreate the feeling of stills from 1950s and 1960s American films but also, in producing the illusion with general key-notes as to the roles of women in these films, comment upon the basic norms prescribed in Hollywood … END_OF_DOCUMENT_TOKEN_TO_BE_REPLACED

I have recently finished a draft of a novel which follows a lone woman who is mentally cast adrift by the news of her father’s suicide, her grief manifesting in a strange obsession with the town of Strasbourg where she opts to stay over the winter. In one of its sections, I have addressed the concept of Fernweh. The concept is unusual in that it … END_OF_DOCUMENT_TOKEN_TO_BE_REPLACED

When Georges Perec was 11, he decided to wander. In fact, escape is perhaps a better way of describing it; a jailbreak from his Aunt’s house in Rue de l’Assomption to wander Paris with who knows what planned other than avoiding school. It was such a defining experience for the writer that he later composed a text surrounding the feelings and places he encountered on … END_OF_DOCUMENT_TOKEN_TO_BE_REPLACED

It is fifty years ago this September since Chantal Akerman made her first film. It was a short comical fragment about distraction and suicide called Saute Ma Ville (1968). Following Akerman herself running up to her flat, the film then shows her gradually making a mess of the kitchen into which she has locked herself, taping the gaps in the door and windows ready for … END_OF_DOCUMENT_TOKEN_TO_BE_REPLACED

Jean-Pierre Melville was the master of the drame azur; those strange, dark films, usually French, that contrasted such dramatic darkness with often very light visuals of a bluish hue. The light was still murky, creating bluish white-outs with cloud, fog, sea and other natural elements playing into the blurring of the image. But the drama was predominantly daytime, often making crime films especially seem refreshing … END_OF_DOCUMENT_TOKEN_TO_BE_REPLACED