In 1965, Thomas Bernhard bought a house. It was bought roughly between the writing of several novellas, including Watten (1964), and his second novel, Gargoyles (1967). The house is not really house but a collection of farm houses known in German as Vierkanthof; a word that hints at a mockery typical of one of his characters. “Kant” sits in the middle just like the courtyard that often sits at the heart of this type of farm. The set of buildings lies on the road of Obernathal in Ohlsdorf near the river Traun which winds down the valleys into the Lake Traunsee of Gmunden. Bernhard converted the buildings variously over the years and occupied them during his prolific period of writing. Many interviews now associated with the man were conducted there and simply searching for pictures of him bring up images of his house in equal measure. One suggestion he made was that this house, with its array of rooms and land, was a perfect place to build his “memorial dungeons”; a phrase I’m still taken with today as it seems emblematic of the writing process. In fact Bernhard’s Vierkanthof seems to reflect his own writing process back upon him, somewhat explaining his deathly solitude in the building. The reflection was only for one. 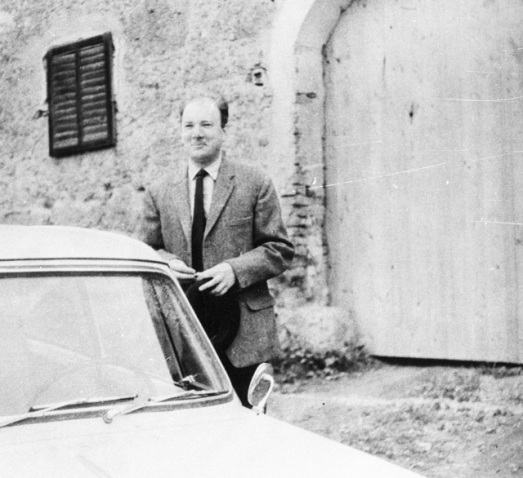 Once housed in the building, Bernhard would write the following in Gargoyles:

“The empty rooms always had a terribly depressing effect upon my father when he considered, he said, that the person who dwelt in them had to fill them solely with his own fantasies, with fantastic objects, in order not to go out of his mind.”

The writer here is earnestly detailing his own process, showcasing the mechanism behind the memorial dungeons. Such empty spaces are filled with, and arguably augment, his writing in ways that are clearly discernible; repetitions bouncing off the walls, voices manically filling in the gaps left open by the absence of others, intensive detail of what happens in the lives of people from outside the four walls of a room, the landscape sketched from views almost as seen from out of a window. Bernhard’s walls are one of the many restrictions that he places upon his own writing, resulting in his easily recognised style of layered reductions and circular patterns.

I found some photographs of the rooms in Bernhard’s Vierkanthof online last year which is really what sparked my need to write about the Bernhardhaus, simply on an aesthetic level. I was worried that the only way to see photos when initially searching for pictures would be in some digital form, some holiday photos taken on a phone for a travel blog or something similar. Instead, the photographer, who now most probably works for the museum that is housed in the building today, seems to have captured accidentally the tone of Bernhard’s prose in all of their austere and aesthetic character. The first photo I saw was of the writing desk but not a photo actually revealing the desk’s function. A green tint hangs over the empty room, heightened by green curtains which drape down to the floor. There appears to be three textures: wood (of the floor and furniture), tiled stone (of the floor below the fireplace) and the general stone of the whitewashed walls. The room is pristine in its mathematical solitude. 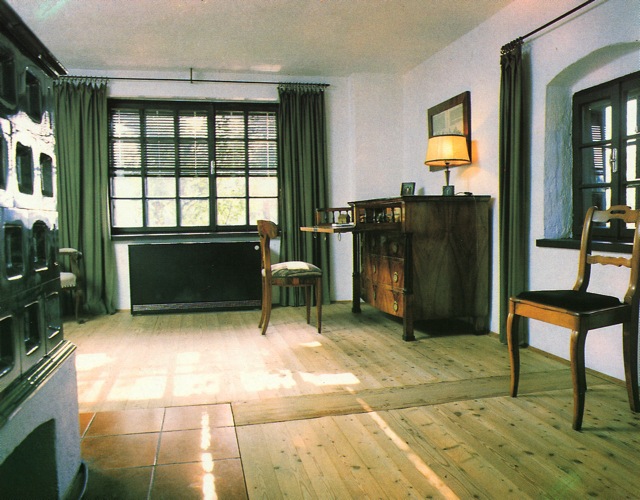 The second photo was actually of the desk itself, revealing its function in the previous photo. On it sits a notepad and pen, a blotting pad, a clock, a handful of trinkets and three photos which appear to be of Bernhard himself. On the wall there sits an old manuscript from Schedelsche Weltchronik by Schedel. The neatness, which I wager to be exactly in the character as it was when Bernhard lived and worked there, is perfectly logical, almost like the progression of a sonata form. The kitchen is just as bare but it is beautifully so; renovated for absence in many regards, its huge size reduced to irony by its singular occupant. Bernhard seems to have inverted the original principle of the building deliberately; the communities that thrived in such properties removed with a detached sense of justice, leaving the lone man to sit within a physical embellishment to his own skull and the thoughts that whirled within it. 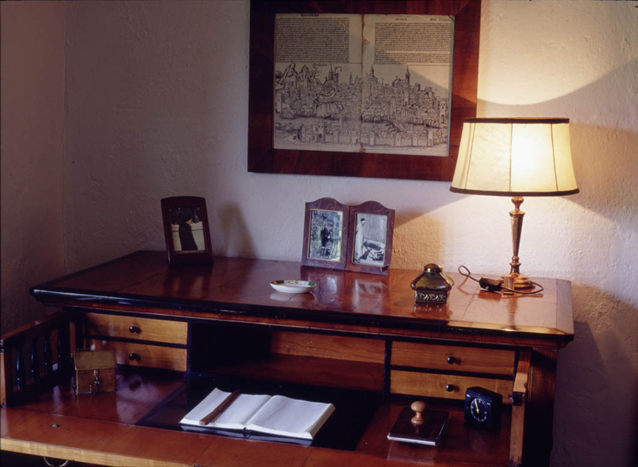 Photographs of outside are slightly more unusual. Most of them appear to have been taken in spring, the blossom still hanging on the trees. Yet the building itself looks incredibly official, even daunting in its design. In many regards, it seems factory like, designed for the making of the greatest amount of produce. It’s almost fitting that Bernhard would be equally productive in the space whilst merely wandering and pottering about. 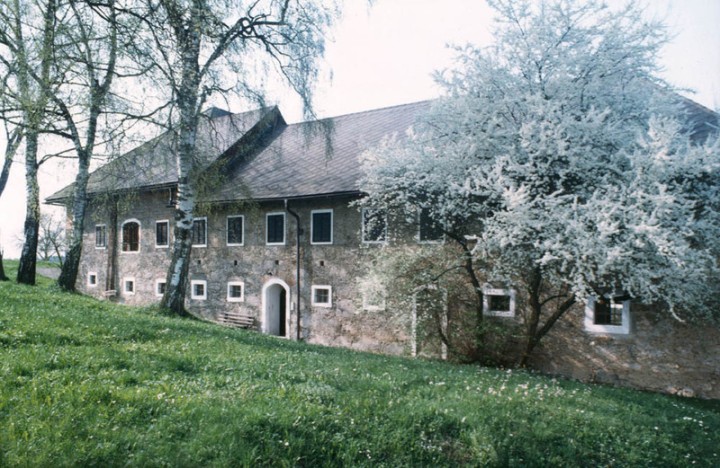 There is, of course, no meaning to any of this. Bernhard wrote in a room in a house, far into the countryside; creating his memorial dungeons in which his ideas lay cannibalising themselves until their form was finally pure. There is little else to express but perhaps I am being too much like one of his characters, too determined to let things lie when there are great currents still rumbling beneath ordinary depths. Yet I come back once again to the man’s words, this time from his novel, Concrete: “Everything is what it is, that’s all.” There is no meaning, there is no reading. The rooms just are. And that is all. 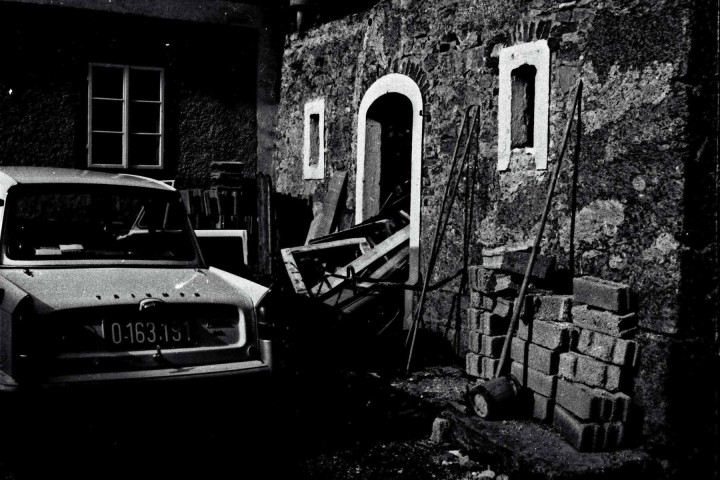 One thought on “Memorial Dungeons: In Thomas Bernhard’s House”