Throughout 2017, I have continued with the responses form of article to works of art and other miscellanea.  Like last year, I found that a more interesting way to assess a piece of work was to not simply write an essay but to pair it with a poem; condensing the essence of the reading down into a basic selection of key notes, reactions and atmospheres.  As usual, the poems were hidden at the end of each essay, due mostly to a lack of confidence with the form.  But, again similar to last year, the poems are collected below (along with an extra addition) on the off chance they may not be entirely terrible.

There is a line on the land.

Its shadow breaks the line of the soil.

Over this line, another line follows,

Broken by the stone, as black as oil.

Under the line, there sits a man.

The man sits upon another line;

The line of the land.

He casts no shadow, no stone-ghost mural,

On a blank surface, once grass, now line.

There is a totem, casting a line,

A line of the shadow, underneath the non-shadowed man.

A stone rises, is it shadow or line or grass?

The line is weighted by a rock,

I forget the measure of the line,

For there is land only. 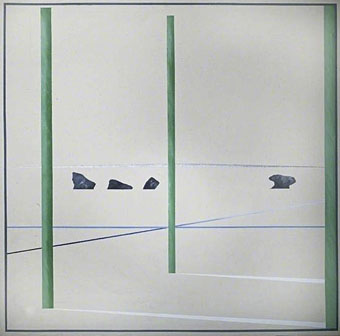 Darkness pierces through the portal where my face used to be.

We glide through rooms, drifting through people who notice not.

I touch the Saxon mask before the angel pushes my body back through floors, 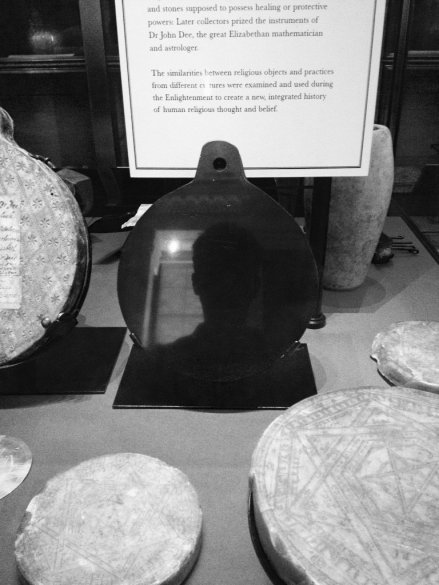 There is a jetty;

Journey to its centre.

At this centre, there may, or may not, be the jetty,

The jetty and its centre,

But the spiral brought my eyes and body here.

To the centre, spiralling away from meaning,

Meaning, that is, of the jetty as its spiral curves,

Was my journey to the jetty like this spiral?

Or was it even there when I arrived?

I remember only the journey,

The journey brought on by the jetty:

The meaning is yours.

Faceless, sinking into the chair,

As waves of moths flutter inside.

She has given up batting them away,

Away from her eyes which travelled back and forth;

She is far from the river,

And there are no stones in her pockets.

Just the tussled wool of her memories,

Which weigh as heavy,

Dragging her under for a time. 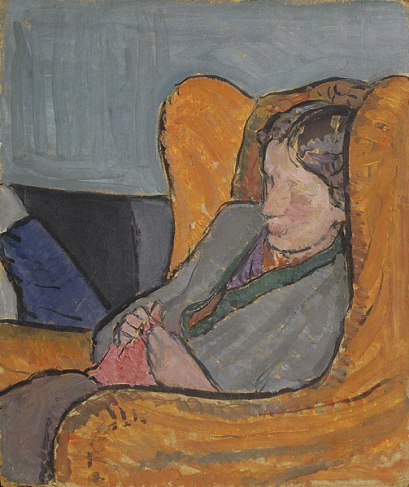 When Trees May Crawl: A Response To Paul Nash‘s Monster Field

Crawling across a field,

More alive than should be,

A tree walks on its side.

They care not for who sees them,

With the eyes of men distracted,

Taken under by the creatures of the field;

In between the split-crack sound,

Of branch and bark,

Grasping at the grass,

In the field of a farmer who,

Shrugged off such mysteries. 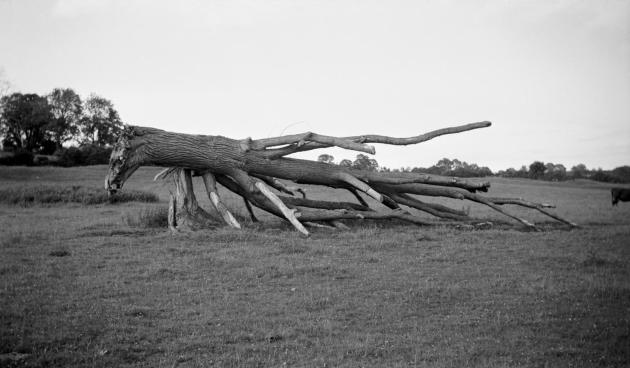 Frozen Seas: A Response To Barry Flanagan‘s Hole In The Sea

The sea does not move.

The white circle sits within,

Its outside – the water – now frozen,

A crash never to come.

Stillness is the cause,

Our cause, the cause of us;

Stasis is the ultimate after our time has ended,

In an infinite jest of time stopped:

Please let it fall once more. 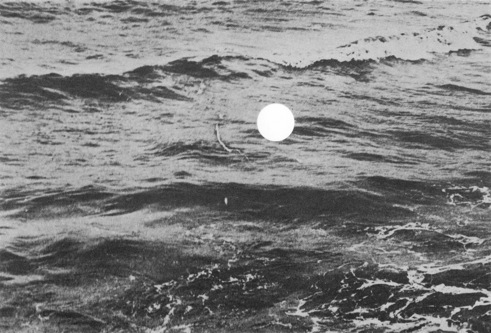 I once knew a chalk man,

A giant, so to speak,

Who stared into the sky,

In search of his friend.

The giant man knew that the field,

All the fields around, in fact,

His visitors denied it,

But his friend could not, would not,

Bring himself to commit such lies.

The same grey as the day,

With a feeling of mourning,

The giant knew that his friend,

The man who, alone, could see the barbed wire, 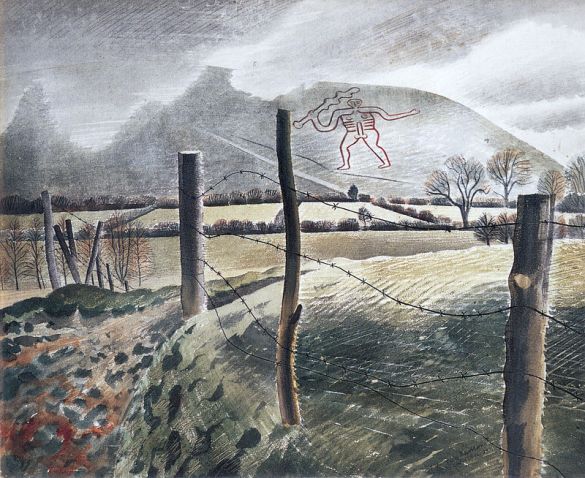 The Grave Of A Horse: A Response To Robert Aickman‘s Holiday Photos

A dead stone to lean on,

A grave, monument or a standing rock,

Used for some ritual,

Unseen by the eyes of the locals.

The grave is that of a horse,

With a skin of moss and lichen,

The oak tree behind staring,

Through its wounded pupil,

There is a lake and a bench,

To drink and wonder besides,

With hot tea on a winter’s day,

As a spirit floating above water. 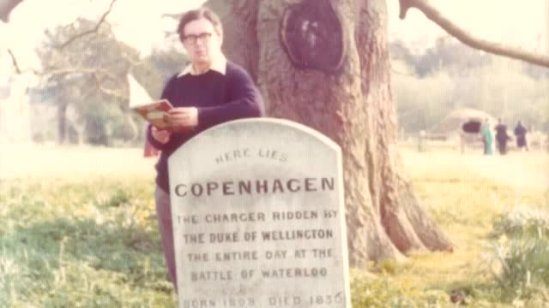 Bustle with an autumn breeze,

Towards waking from sleeping.

I was watching butterflies fight,

That froze their wings and my stare together.

Perhaps the butterflies regarded me,

In the  pollen-dust daydreams of dying insects,

When they will awaken,

To be human once more. 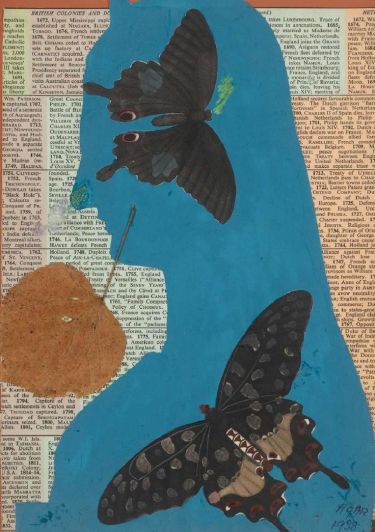 Where The Room And The Land Meet

I once found a photo of your room,

Lost in the attic.

Your books were still there,

Seemingly immovable like the hills we had always walked.

I stared at this photo,

In fact, not a photo but a negative,

The under-wing of a moth as a prism.

Behind which lay the lands that were once ours.