Having walked down the Lea Valley late last year with Gary Budden, we endeavoured to continue on from our point of departure in Planet Stratford and to follow the river right the way down to Leamouth where it finally pours into the Thames.  Though on paper the walk was effectively a south-following meander, mapped largely (or at least so we thought) by potentially walking along the Lea’s towpath, the sheer level of horrific developments in East London currently taking place meant that the walk turned into a far more difficult and interesting proposition.  I met Gary at the Timber Lodge cafe in the Queen Elizabeth Park; an increasingly familiar zone of surreal lounge jazz, rustic timber buildings and expensive coffee.  Our aim was to get out of the nightmarish new Stratford developments as soon as was possible but quickly it became obvious that there was no straight way to walk almost anywhere in the area.  It’s almost as if the sector of the Olympic Park has been designed to accommodate a fleeting number of large people with no thought as to how the area would be used once the sport and crowds have left. 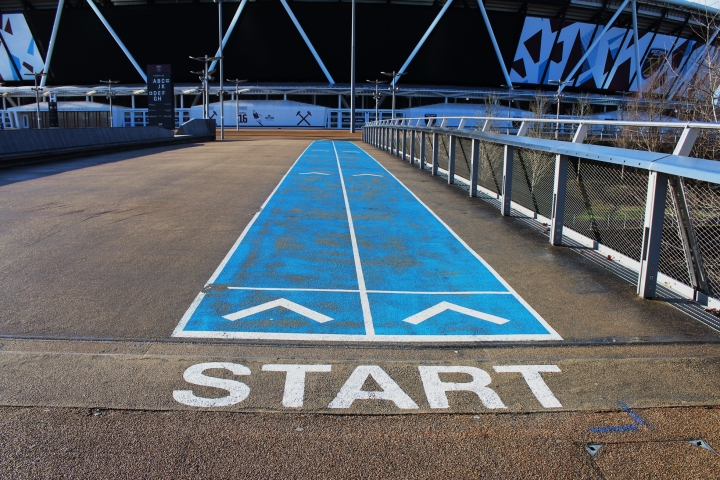 After getting lost and going back upon ourselves in the park, Gary decided that we would use the stadium as a marker in order to find the river.  Walking under strange metallic objects with no conceivable function, large wooden sun loungers seemingly designed for those built of gigantic proportions and passing a surreal, marine-like climbing wall, we eventually found the towpath.  But, no sooner had we found it, once again it became blocked off.  There was some unnamed work occurring that meant the mirrored bridge was as far as we could venture.  Eventually, after walking off the many paths because they almost always led to nowhere, we found the old, genuine path and the character of the walk quickly changed to something more interesting.  Graffiti appeared, old pipes quietly rusted over the slowly flowing water of the Lea and the sight of confused looking people disappeared.  Before properly hitting our stride passed the border of Hackney Wick, the towpath became blocked again.  The blockage was for more maintenance work, later to be revealed to be part of the huge and pointless Crossrail project.   With there being a makeshift gate, clearly for the workers, we decided to ignore the warnings and plead ignorance if we were stopped.  A few metres later, we were met by men in orange overalls: “Sorry, didn’t see the sign.” 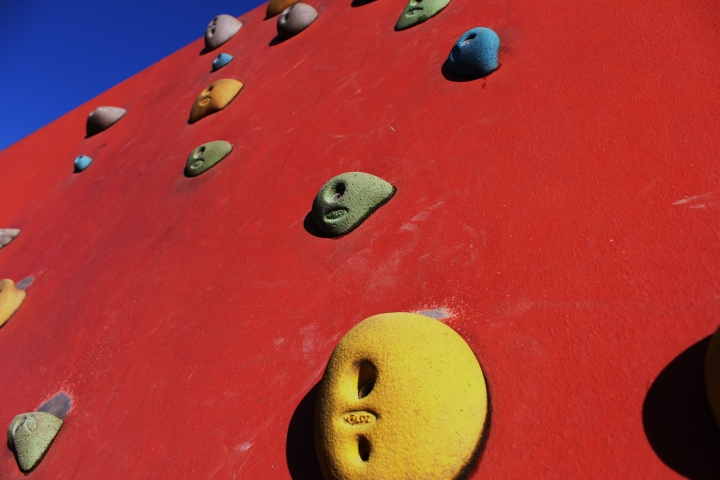 We walked back, taking a diversion route parallel to the river littered again with strange, science-fiction objects; it seems that, when decimating the natural rhythms of a place, developers will attempt to combat it by placing such objects in the area, confusing and distracting the senses.  We walked into a tunnel lit by neon lights rather like a poor quality club from the early 2000s.  It seemed beyond surreal.  Quickly, we followed some of the brutalist flyover roads, their concrete curving unnaturally around, and found the border of Bromley-By-Bow.  It seemed a simpler place with no gimmicks, just concrete, high-rises and roads.  The path became cobbled and we found the towpath once more.  There was an array of weird debris left on rusting canal barges, the strangest being a moulding baby doll; a child of lichen.  There were boats and canal barges in use, the smoke being a warming, friendly smell.  The graffiti around this part was particularly excellent though gradually died down as Canary Warf began to haunt the skyline.  Several metallic bridges were crossed back and forth, leading us to a place dotted with pieces of public art, the best being a sculpture conceived of old shopping trolleys.  There was also a Damien Hurst sculpture of a piece of skin near the Amazon warehouses, accompanied by a parliament of crows.

We came to a dead end in an unusual area clearly in the process of gentrification.  It was called Cody Dock and promised to be an area of upcoming events, screenings, exhibitions and the usual trimmings.  We were lost, surrounded by soon-to-be filled coffee sheds and independent gallery spaces.  Walking out into the business park, empty as a Rohmer retrospective, we eventually found Pudding Mill Lane Station and the derelict industrial zone surrounding it.  The place was post-apocalyptic, rotting rubbish strewn over the streets, pot holes stretched metres wide and a strong smell of burning plastic and fumes.  On the high street flyover, we saw people camped out under the concrete.  It must be the worst of places to sleep rough with the fumes undoubtedly the strongest I’ve come across in London so far.  We escaped the fumes through diving into Lea Valley Park opposite the road but this was even odder space.  There was an ugly bridge, adjacent to which sat the remains of the old bridge over the river.  There was a gulf in language between the two; one seemingly made out of Lego with no thought given to it, the latter made clearly with human hands, ingenuity, real materials.  It is the story of the area in one simple contrast. 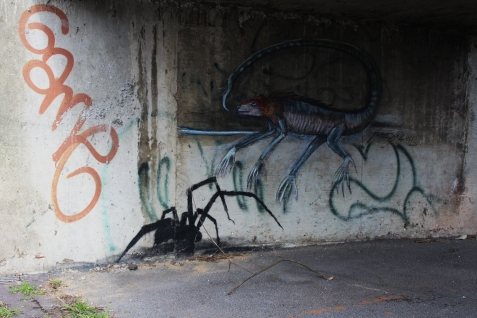 We got lost again in Lea Valley Park, unsure as to how to cross the river near Canning Town Station.  It became clear that the uglier and more nonsensical options for the route were the ones that would lead to our destination.  The bridge over the river was red and idiotic, next to the space-age update of the station.  It led to the most alarming development I’ve seen in London: City Island.  Even Gary, who is fluent in this type of horror, was shocked by what they had done to the natural peninsula created by the bow of the river.  Huge high-rises, almost all of which were empty, loomed over; an empty gym and even a swimming pool with water quivering under the Lea Valley breeze lying adjacent to them.  It was virtually abandoned barring a “village shop” which was obviously the community meeting place for the dozen or so residents on the island.  It seems cliché to mention J.G. Ballard but if there’s a development that conforms more to his vision of high-rise living, then I have yet to see it. 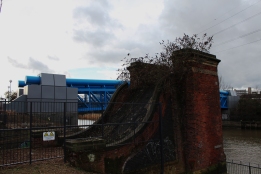 Approaching the end of the walk, there was cause for hope.  Orchard Place led to Trinity Buoy Warf; our destination.  The streets were cobbled again, filled with art schools and creative studios.  There was a mini exhibition about Michael Faraday who had history with the place, and a musical instrument that made sounds through the changing of the breeze.  Greenwich’s cable-cars were in view, as was Canary Warf and the Millennium Dome.  It was an interesting combination that felt more open than the previous developments.  We convened in the Bow Creek Cafe; an unusual place filled with pine cones, sitars and stoned looking staff drearily listening to The Smiths.  Gary and I were both a bit dazed, the walk seeming in hindsight to be have been through everywhere and nowhere; no discussion between neighbouring areas, pathways and pavements removed or redesigned for a post-human city but with quiet rebellions still occurring within the cracks.  I liked Trinity Buoy Warf and its schizophrenic, creative atmosphere, but its time was limited as the City Islands of East London threatened, through scale and profit, to engulf and metastasise to all within their vicinity. 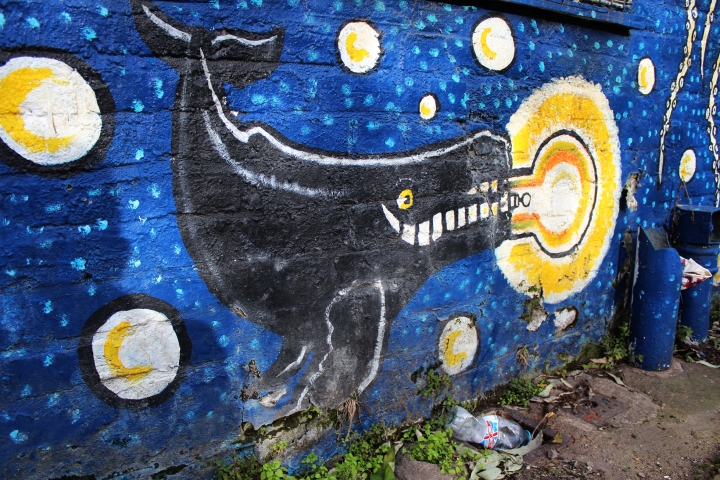