The London of my mind’s eye is still shabby and industrial. It is not built on the reality of its modern identity but from its documentation and portrayal in older books, television and film, even more so than ever due to lockdown. This London is not one filled with looming, luxury high-rises like the horrors in Nine Elms, nor is it the city that turned … END_OF_DOCUMENT_TOKEN_TO_BE_REPLACED

Alongside Trevor Ray, Jeremy Burnham co-created the fantastical Folk Horror drama, Children Of The Stones (1977). Now considered a key text in 1970s Folk Horror and possibly one of the scariest programs ever conceived for children, I caught up with Jeremy to ask him about the ideas behind the show, the process of filming it and its subsequent novelisation. Where did the initial ideas for … END_OF_DOCUMENT_TOKEN_TO_BE_REPLACED

The characters of Nigel Kneale’s work rarely like the “outsider.” The drama of his plays is often built around small groups of people at odds with (or at least representational nationally of being at odds with) some concept of the outsider. The oppositional group will be diametrically opposed for a variety of reasons; sometimes for more pulp tendencies such as aliens in a space invasion … END_OF_DOCUMENT_TOKEN_TO_BE_REPLACED 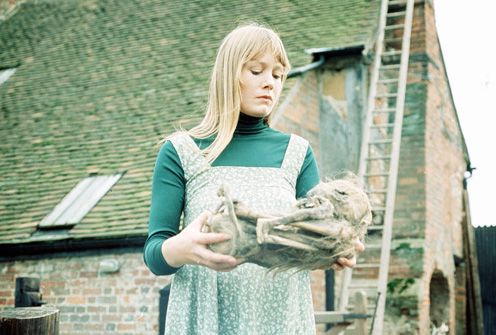 When watching Nigel Kneale’s infinitely weird TV series, Beasts (1976), there’s a great sense of underlying currents behind what appear to be strange amalgamations of the everyday with something of the Other.  Though the links between the episodes are often animalistic, ranging the ghost of a dolphin in Buddyboy to the hoards of rats in During Barty’s Party, the majority of the episodes all, at … END_OF_DOCUMENT_TOKEN_TO_BE_REPLACED