“The notion that one day the red dawn will indeed break over Clapham,” wrote Angela Carter in a letter to Lorna Sage, “is the one thing that keeps me going.”  From having read several of Carter’s works over the years, all of which have had a variety of profound effects upon my own writing, her relationship to London has since intrigued me.  When first on the train down to view flats in London before moving, The Passion Of New Eve earned the caveat of being the only book to ever make me faint, my body slumping briefly and embarrassingly against the Virgin train window as the main character graphically underwent enforced gender realignment surgery.  I left the book like an unsuspecting IED in a Stockwell book-box several days later after finishing it.  South London in hindsight is very much Carter’s territory in spite of being born in Eastbourne and travelling widely.  She went to Streatham and Clapham High School, enrolling as a journalist at the Croydon Advertiser after graduating before exploring the world.  Yet Clapham is where she returned to, where she penned her delicious fantasies and where she eventually succumbed to cancer.  I wanted to find the house where this alchemy had taken place and so a wander up the South Circular was planned.  Carter’s desired “red dawn” was not, however, what I was to find at the end of the road. 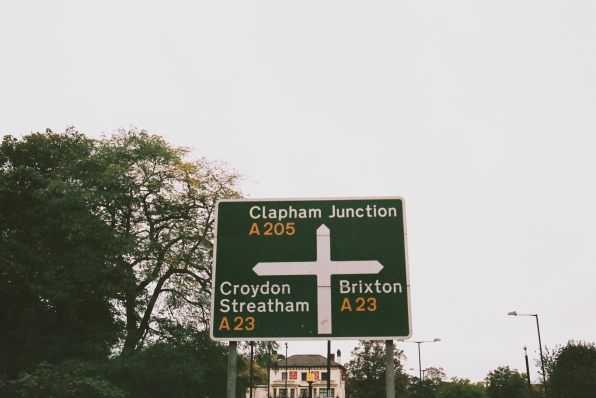 I struggled initially find out the full details of Carter’s house.  Several posts online had mentioned it but the only clue I really had was the stunning chapter in Iain Sinclair’s London Overground in which he details his visits to her house.  A few emails later and Iain had confirmed the exact house, so I started my four-or-so mile meander from West Dulwich.  I had a new 35mm camera so began to snap away almost instantly at autumn’s first hints of decay.  Unfortunately, having planned my route via roads, the South Circular is, by its own design, specific in its avoidance of anything interesting.  It is an artery to the major organs of Streatham, Tooting Bec and Clapham Common but manages to basically avoid all of these places unless desired.  Endless blocks of flats seemed sprout as the sky did its best to rain before the road thankfully snaked several miles later to reveal the greenery of Clapham Common. 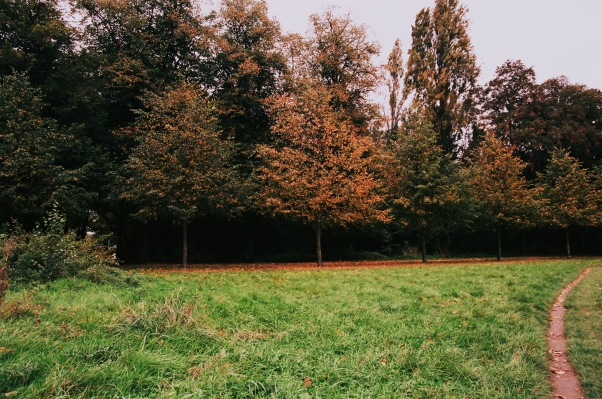 In my naivety, I had imagined Clapham Common to be a mythical place, part designed from Carter’s fairy tales, part impregnated by rumours of cottaging covens run by local MPs incognito.  This was a Saturday and so almost every inch of grass was occupied by groups of fitness addicts playing touch rugby, running races and playing all sorts of “team building” games.  It was admittedly nightmarish. 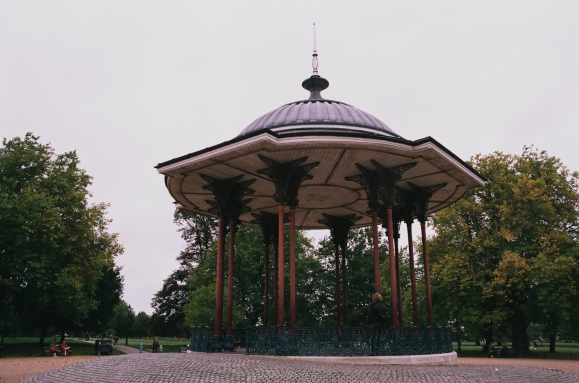 After being distracted by the common’s Victorian bandstand and several blue plaques – Grieg and Graham Greene being the most interesting – I found The Chase.  This is Carter’s road, a long display of huge Georgian properties eventually leading to Wandsworth Road.  Yet something didn’t seem quite right.  The road proudly displays several plaques of its own, specifically three to celebrate a number of royal-themed street parties that have been held there in recent years.  It was a realisation that the road had changed, that it was now the antithesis of any of Carter’s visions in its gaudy celebration of monarchy.  Walking on, the cars became expensive and the houses either empty or rammed with envy-inducing rooms of books. 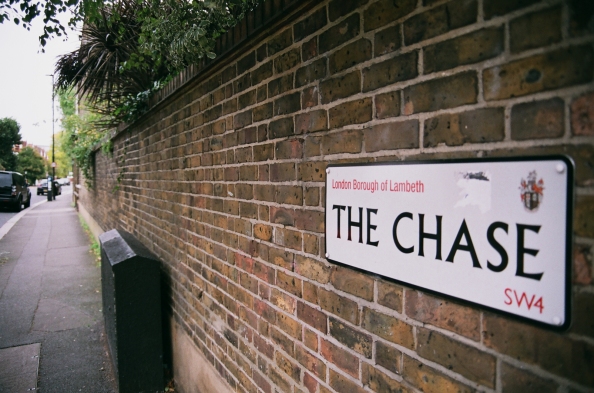 Wandering past Natsume Soseski’s and Dorothy Dene’s blue plaques mere houses away (the latter reminding of Carter’s Wise Children), I found the house.  Number 107 stood before me, looking clean, tidy and probably unoccupied.  A quick Google revealed that the house was last on the market for £1.5 million and, by all the evidence of the pictures, was probably bought as an investment. 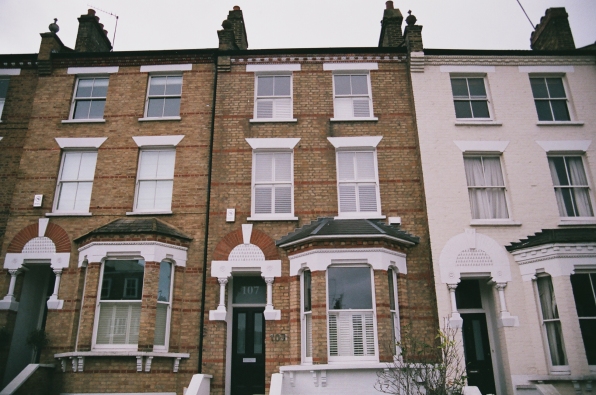 I thought back to my favourite picture of Carter, one of her in her study with the view out of the windows revealing the pair of tower blocks, Amnesbury and Durrington on the Westbury Estate.  The room in the picture is multicoloured, full of bric-a-brac, books, records; it’s Carter’s mind sprawling out from her skull, a beautiful mess that is crackling with life.  The estate agent pictures showed the room spotless, minimalist and empty.  It was with a heavy heart that I accepted that a particular London that I had wanted to experience had long been priced out of existence.  It’s the story of London over the last thirty years told in a single room.

I wandered to the end of the road and took a view of the tower blocks before finding a coffee and trying to read amongst the endless chatter of market concerns and “new financial territories.”  Clapham, with its rooks and Georgian decadence, had gone beyond Carter’s world of myth, legend and indecency.  It was well behaved now.  I thought back to my favourite passage from the magnificent volume, The Bloody Chamber.  “She herself is a haunted house” wrote Carter.  “She does not possess herself; her ancestors sometimes come and peer out of the windows of her eyes and that is very frightening.”  The ghosts in this house were, however, sadly exorcised some time ago. 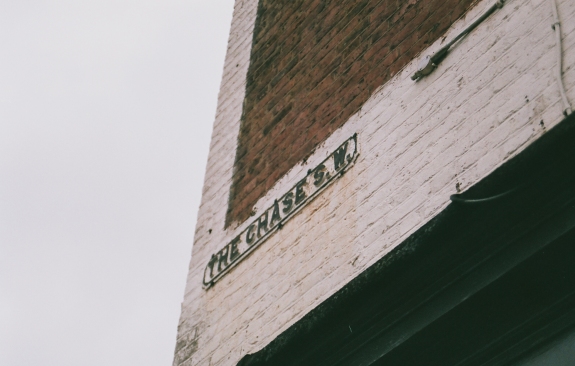