It was a rather surreal feeling to find that, whilst watching this year’s Eurovision Song Contest in a flat in France, the work of writer and filmmaker, Alain Robbe-Grillet, continually kept coming to mind.  At first I failed to understand what exactly it was that was bringing his typical visual and narrative ploy of human beings frozen, in front of my mind’s eye.  I soon realised the cause; before each song, the small montage – usually packaged as a perfected holiday advert for each country – was each time concluding with the team behind each song indulging in the “Mannequin Challenge”.  This challenge, which started a few years ago, involves all of the participants in a group remaining completely still while a roaming camera films them all, only for them to all break out of the stillness together once the camera – often something handheld and accessible – has had the chance to highlight as many people as possible; inducing the idea of a frozen moment in time.  Many figures from all walks of life have indulged in this viral trend but, essentially, when seeing the various singers of the contest perform it, I was reminded of Robbe-Grillet’s penchant for the effect almost fifty years previously.  Though a typically vapid and disposable thing to do today, the action when used by Robbe-Grillet carries far more complex effects and thematic ideas than the themes of “team work” and co-operation that the current trend taps into. 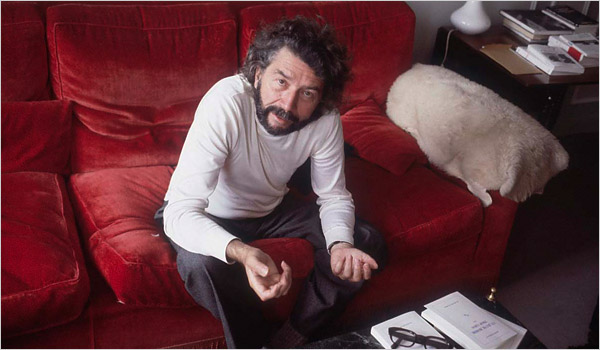 Like many, I first came across the frozen moments of Robbe-Grillet’s work in Alain Resnais’ film collaboration, Last Year In (At) Marienbad (1961); a film that is dominated by the visuals of the many guests of a luxurious spa being frozen in the moment whilst the main characters attempt to solve the mystery of one’s recognition of the other.  The visual seems to be attributed falsely to Resnais in spite of the fact that he rarely made such a visual decision like it again.  Viewing Robbe-Grillet’s film work gives further evidence that the visual idea is in fact his.  But Marienbad highlights a key point in these frozen moments; that the world seems to stand still whilst the characters of interest are given space and, more intriguingly, time.  It seems to be a form of emphasis yet is one that carries its own editorial connotations with it.  For it presents a hierarchy of importance that earnestly transcends the very narrative logic of Robbe-Grillet’s many stories.  Far from the sense of cohesion that the visual now implies in the digital era craze, it actually represents a disjoint in these narrative worlds.

Similar ideas can be seen in Robbe-Grillet’s The Immortal One (1963) where whole streets of people in Istanbul come to a halt as a character passes through it in an attempt to find the strange women he has fallen for.  The secondary narrative of a potential prostitution ring constructed through the kidnapping of women is also enhanced by the visual; if there is any sort of cohesion between the people who are frozen, it is in the conspiratorial sense, a collusion to hide a dark secret from an outsider.  It is the perfect embodiment of Foucault’s notion that “Surveillance is permanent in its effects, even if it is discontinuous in its action”; the scene effectively fluctuating the ideas of effect and action in a playful but unnerving way.  The Eurovision singers, in their moment of frozen performance before their faux-elated walk towards camera, are equally aware of the fallacy of their actions; the conspiracy that what they are doing has any form of defined meaning is palpable (though this is more overtly questioned when viewed with the ironic British commentary). 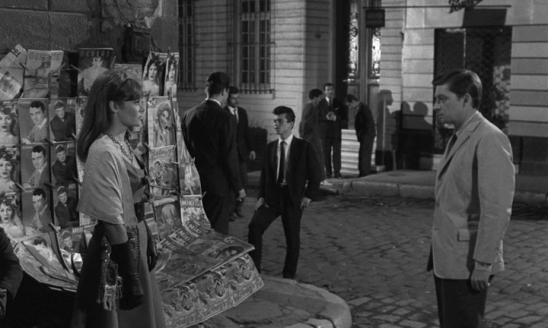 Robbe-Grillet even explored these ideas in his own writing which is surprising considering how clearly visual the idea is.  With recently reading Jealousy (1957), the idea was perfectly perceptible as, with the deliberately excessive detail of the design of the house in the novel, the writer seemed to freeze the three characters that it followed (including its distanced narrator), either when he was relating the architectural designs of the layout or even when focussing on one particular character; an effect created by Robbe-Grillet’s use of the “all-seeing eye” as it is called.  If a character is detailed as doing something even as simple as having a drinking, the intensity of the language forces everything else to literally freeze; the impression is that the world of Jealousy is so heightened through the narrators obsessive view that any such moment will draw the attention of everyone who will watch on in total, still silence.  The scenes are repeated just as in Marienbad; from new angles, the frozen moments reveal something new, though often about the main characters of interest and not those who are frozen (namely the increasing paranoia of the narrator who suspects his wife of adultery).  Such is the importance placed on each individual action that the whole of the perceptive world is forced to acknowledge and stop in order to show that acknowledgement.  Even if it is a moment of blasé inanity or further obscuring, the aesthetic lends the action an emphasis beyond words.

Having recently been accused of both trying and failing to write like Georges Bataille – an author who I had, in fact, yet to read anything by – I thought I would brush up and get some quotes and a few essays under my belt.  Aptly a quote of his seemed to speak about the sort of aesthetics Robbe-Grillet explored.  In writing about Surrealism in his essay, From the Stone Age to Jacques Prévert, Bataille suggests that “In the world of the instant, nothing is dead, nothing can be.  No more difference, no calculation to make; the stillness of the lake, the full expanse of the sky in a violent wind, where happiness thinks about nothing.”  The point to raise is that the stillness and removal through death are impossible in a “world of the instant”; a perfect summation of the twenty-first century as a whole.  Perhaps the entirety of the Mannequin Challenge’s popularity is because, even if it is gaudy, its attempt at stillness in a social situation that often violently enforces anything but stillness is teasingly the closest we can be to some sense of ending.  There’s a fatalism to Bataille’s thinking but this is perfectly connected to Robbe-Grillet’s worlds; where the emphasis on even the most seemingly unimportant things can freeze whole streets into a deathly stillness and where briefly nothing can, for a moment, be. 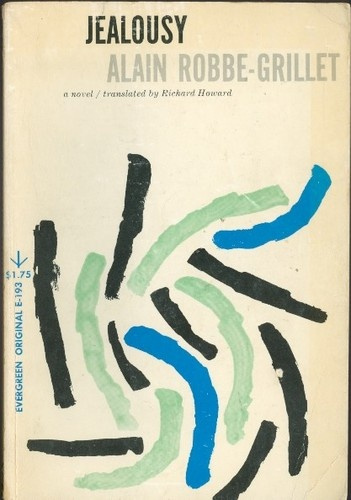 One thought on “The Frozen Time Of Alain Robbe-Grillet”