I’ve been going to Soho for a number of years now.  For various reasons it has always appealed; it’s filled with character, its cinema and bookshops are still staggeringly good, and it has without question the best pubs in London.  Now living in London, it seems that my previous visits from the north had spaced out my perception of an increasing disintegration of the area that is very much perceivable on a weekly basis.  Crossrail has decimated the whole of the structure of Charing Cross Road, rent prices have knocked out many of the interesting venues and shops, and a creeping sense of clean-cut healthiness now pervades.  With recently chatting with the filmmaker, Ian Mantgani in Curzon Soho (itself threatened variously by Crossrail), the idea came to shoot some footage of the area whilst there was still anything left of the original Soho to record; the grime, the grit, the humour, the imperfection, the decidedly human.  Ian has already filled several reels of 16mm with coverage of the area, specifically around the London Film Festival and the area’s array of screening venues.  Above is my reel of footage which I’ve turned into a film about the mechanisms behind the collapse of the area using some of John Berger’s ideas. 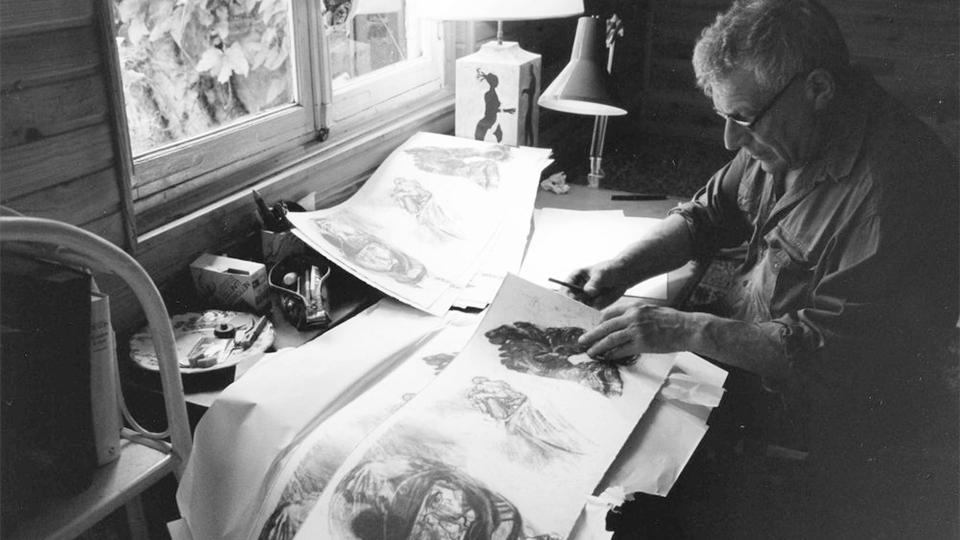 Berger wrote a brilliant essay called Twelve Theses on the Economy of the Dead.  Though it is a heavily metaphysical piece of work, the chief idea is the disjoint we have with our place in the world due to the arrogance afforded to us by capitalism.  Death is hardly a consideration when there is still so much to buy.  Yet, put over the images of Soho, death takes on a different meaning for me.  The death equally speaks of the loss buildings and character, the things that haven’t got a price but do have a great deal of value, especially once lost.  Admittedly, I don’t think there’s anything practical to be done with the saving of the last vestiges of the area as the claws are too deeply sunk in.  The rot of Leicester Square and some parts of Shaftsbury are crawling over into Greek Street with its spectacle of M&M warehouses and chain upon chain.  The best course now is to document things before they go, before the Coach & Horses becomes another pop-up Harry Potter store or Bertaux’s becomes a pizza express; these things are sadly not out of the realms of fantasy.  Even the Vintage Magazine Shop, over forty years old, is now high-fashion boutique and the list of lost venues, clubs and shops could go on and on.

I’m not sure what I really wanted to do with this film.  I’m not naive enough to believe film can change these things (or most things) so perhaps documentation is my best way of explaining this short fragment.  But then, I know that isn’t the full reason why I went that morning with my super-8 around those streets.  Perhaps it is some sense of quiet optimism that these things could be saved.  The act isn’t impossible, it’s the convincing of the powers that seems to be; augmenting their opinion somehow to show that London will cave in upon itself if it continues to sell its streets to the highest bidder with the lowest imagination.  I sat after shooting that morning in the cafe at Foyles, disturbed every few seconds by the loud crash of a digger knocking down the adjacent building (since completely flattened).  I used to deliberately linger in the toilets here (not as unusual as it sounds for Soho) because the view onto this building from the window was so interesting; it was ramshackle but full of brilliant architecture and character.  It had lived in a way that the new builds round the corner at the end of Denmark Street simply won’t.  There’s no creaking in glass, no dust in steal and certainly no affordability in its spaces for the working-class who defined this square mile of London for centuries.

I laugh when I see the various Cass Art shops in the area (there are two).  Their proudly displayed manifesto of “Let’s fill this town with artists” is horribly ironic for Soho; a place all but put on the map by its many artists who dwelled here when times were rough and rent was cheap.  There are still galleries, creative spaces, in fact, still a lot of brilliant and wonderful things in Soho.  But it still also feels that something is being tangibly lost.  Perhaps the economy of the dead will run its course, leaving enough standing to still appreciate what once was.  I’m quietly doubtful but sadly accepting either way.  This is London today; daring not to look back because of seeing what it has itself lost but daring not to look forward either because the glass in front of the future simply reflects the likeness back upon itself, showing it to be hollowed out, empty, dead.