“Thanks to TV and for the convenience of TV, you can only be one of two kinds of human beings, either a liberal or a conservative.” – Kurt Vonnegut.

Rather like J.G. Ballard, Nigel Kneale had a certain knack of preempting future social, technological and cultural trends. Kneale’s work is perhaps less appreciated than Ballard’s because the medium he predominantly worked in, television, is far and away from receiving the sort of cultural appreciation that literature does today.  Yet Kneale’s work is just as prescient for a number of reasons, largely related to the recent rise of new fascism through seemingly harmless communication technology.  This theme haunts his work but appears most disturbingly in one of his more underrated works, The Year Of The Sex Olympics (1968).  The play was produced for the BBC’s drama strand, Theatre 625, and caused much controversy for its openness about the mediation effect of technology upon sex and morality.  Yet, on a recent rewatch, it became apparent that Kneale was not simply predicting our own gradual obsession with reality television – this is the prescience that the play is most famed for – but actually the overall role technology plays upon the augmenting of morality; Year predicts our current click-bait political spectrum in a deeply disturbing way. 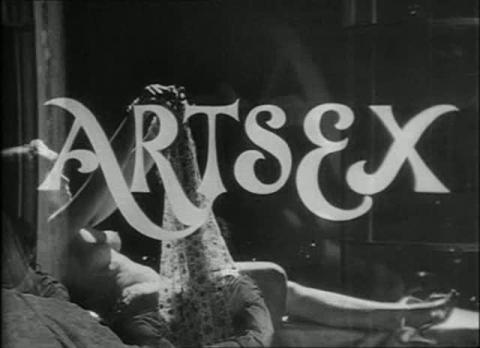 The play follows a future society that has to have all “tensions” supplied to it via the falsity of their television media.  Due to overpopulation, any sexual desires are now met solely through the voyeuristic watching of various sex programming, from “artsex” to the actual sex Olympics currently being broadcast.  In many ways, the society is actually utopian – there are no more wars and no real strife upon people – but this has lead to an emotional shut-down; almost a vegetative state of endless consumption of what is, in essence, pornography.  It could be describing a rather pessimistic envisioning of modern western society in general but the play takes a stark and interesting turn when, after months of programming fails to move audiences, the accidental death of someone on screen produces an unprecedented effect; the audience’s hysterical laughing.  Through this, a dangerous survival style reality program is commissioned and planned with horrific consequences for the family who volunteer to live in toil on a rural island far from the comforts of their new age society.

There is an obvious element of foresight here in regards to the mechanisms of reality television; entertainment through humiliation, the very act of living reduced to a passive viewing activity whose emotions are lapped up through mediation.  Yet it is the violence and the audience reaction to the humiliation that I think is most poignant for our current political climate.  As the family that are sent to the island encounter more and more strife, resulting eventually in violence and death, the audience, numbed for many years through a lack of lived action and activity, find it increasingly and hysterically entertaining.  The link here is between life viewed through a screen and a distance from basic human empathy.  When the current president elect of America, himself arguably most famous now for being a reality TV star, can make the most outrageous attacks on various vulnerable people through policy and through his public persona, are the people who applaud such behaviour not in fact like the audiences in Kneale’s play?  Their excusing of his behaviour takes place almost uniquely through online, digital discourse but, to me, it sounds very much like the hysterical laughter at violence Kneale predicted would happen to societies forced into a second-hand existence.

Of course, such an existence isn’t uniquely negative and much of the counter-attack against such racist, sexist and generally xenophobic politics also comes via online voices.  But the platform, the building of support and reaction to such tones, feels distinctly similar; that a removed second-life through a screen can indeed lead us to seek empathy and communal feeling in the most questionable and desperate of places. Empathy is found in the horror because they have been so long removed from any such contact; where the mere presence of a human characteristic – even such a wholly negative one – is embraced.  When Kneale shows the final hysterical laughter at the torment of the people living on the island, is it really that far a step from people commending a “journalist” writing about the desire for gun-ships to sink boats of refugees fleeing a warzone?  I believe that the internet is a positive force but, like television was perceived to be in the 1960s and 1970s, it has a dual function of reflecting all aspects of society and potentially amplifying negative characteristics until they swamp the general consensus and mood through their unfair, click-bait-led argument; they become the norm in spite of being a minority.  When so many communities have been isolated and denied empathy for so long, it’s unsurprising that they laugh at the misfortune of others, the delight in “lib-tears” and all the usual (though incredibly psychologically telling) suggestions as to just how far removed they are from any form of general human feeling.

The year before The Year Of The Sex Olympics, Kneale’s Quatermass and the Pit was adapted into a feature film by Hammer.  The overall onus of that play is that humanity’s fascist tendencies are part of a race-memory; one that will always lay dormant and demand purges of varying sorts provided we are still around; fascism is effectively within us forever.  In the play, this is due to our evolution from the farming techniques of a Martian species of insect.  In hindsight, Kneale provides in just two plays the reason and the cause for our current climate; humanity is violent and easily lead but is also desperate for any confirmation of communal aliveness, even if it is achieved through the hurt and torment of others.  When technology provides such access, to allow such a desperation for aliveness to be made manifest at any cost, what is there to stop the Martian mentality from ultimately dawning once again?

“One of the few good things about modern times: If you die horribly on television, you will not have died in vain. You will have entertained us.” – Kurt Vonnegut