On the sleeves notes of the new release of the BBC’s 1964-65 series of Sherlock Holmes adventures, it is suggested that the series is “Regarded by many to be the best incarnation of the Baker Street sleuth…”.  Within further, more detailed essays in the accompanying booklet, the opinion seems to be one that is shared; that in spite of the great technical set-backs the series … END_OF_DOCUMENT_TOKEN_TO_BE_REPLACED 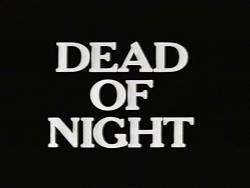 The BBC experienced a real golden age for television horror during the late 1960s and 1970s.  Almost every year seems to have produced an array of horror delights, ranging from ghost stories of all types to full blown, psychological nightmares.  Though now over half of the series is missing from the archives, 1972’s horror anthology Dead of Night and its surviving three episodes represent a … END_OF_DOCUMENT_TOKEN_TO_BE_REPLACED

This articles contains minor spoilers. Holding the record at the time for being the only play in the BBC Play For Today series to be repeated, James MacTaggart’s Robin Redbreast has an aptly cult aura surrounding it.  First broadcast in the “spooky” slot (a December time tradition since Dickens’ era) in 1970, it manages to foreshadow a number of interesting movements in film and television … END_OF_DOCUMENT_TOKEN_TO_BE_REPLACED