Propaganda has morphed today and is now constant and lurking.  It has performed the most astonishing vanishing act and become acknowledged as fact.  The conglomeration of aesthetic impulses known predominantly as “the media” seems to have taken over its role as information and leaned its ideologies through a process of diffusion into the very being of what is purporting to being a vaguely truthful recreation of current events.  This has become an easier default in an age where the very concept of “place” is now largely an abstract one in terms of information; where the reality of reading a newspaper is most commonly suppositional to audio-visuals forms, attaining a sense of truthfulness through sheer aesthetics alone.

In the writing of French post-structuralist (or the preferred label of historical chronicler of modernity), Michel Foucault, he outlined his theory of the heterotopia; a space of otherness built upon moments through the psychological as well the physical plains. At first, thoughts occurred as to how this increase in heterotopic space has lead to a greater sense of political leading through audio-visual ubiquity: in many ways, the digital revolution is an embodiment of the heterotopia to the point of being a status quo as it implies heterotpic models to all potential inhabited space.  But then a comparison dawned with the film work of British director, Humphrey Jennings; where the propaganda from after the Second World War and the short films made after it, used certain aspects of the heterotopia that seem incredibly modern by today’s audio-visual standards.

In Foucault’s essay Of Other Spaces: Heterotopias and Utopias (1967), he suggests a number of key ideas that are prescient in the analysis of documentary filmmaking aesthetics as a whole.  His sixth principle in particular bares a great deal of weight on Jennings’ later mould of filmmaking where he suggests the following:

The last trait of heterotopias is that they have a function in relation to all the space that remains. This function unfolds between two extreme poles. Either their role is to create a space of illusion that exposes every real space, all the sites inside of which human life is partitioned, as still more illusory (perhaps that is the role that was played by those famous brothels of which we are now deprived). Or else, on the contrary, their role is to create a space that is other, another real space, as perfect, as meticulous, as well arranged as ours is messy, ill constructed, and jumbled. (1967, p.8).

These two roles, the extreme poles as Foucault calls them, can both be applied to Jennings’ filmmaking practice and his aesthetic devices.  In terms of the former, where an illusionary space explicitly highlights the real, unseen problematic spaces surrounding it, there are few better examples than Jennings’ short film, The Dim Little Island (1948).  It is a post-war film, inducing a national propaganda drive to aid the rebuilding of the country decimated by war.  It uses stark, clear imagery and aesthetics to build an illusion of both a Britain that once was and a potential Britain of the future; neither were to be true in hindsight.  It also, perhaps ironically, uses the questioning of illusions surrounding other national spaces (specifically those of “romance and mystery of high Tibet or the rolling prairies and limitless expanse of the golden west”) to highlight the misnomer that Britain is simply a “dim little island”; a place that the film highlights as being both in flux due to mechanisation and at a cross-roads in terms of where it will go in the years that follow the war.  The fact that the visuals are shot with Jennings’ usual eye for stunning composition creates an illusory space through a powerful sense of faux-nostalgia.

In regards to the second point, The Dim Little Island also uses the sense of utopia as a polar to the rubble plenteous Britain of the late 1940s.  The only shot that Jennings uses from this reality is already in the past-tense as it shows fire-fighters battling a Blitz blaze, straight after mention of the Battle of Dunkirk.  London is shown only through the proximately outer area of the Albert Hall and its inner finery as a concert is about to begin.  The rest of the film is mixed between certain rural landscapes such as the Scottish highlands and the marshes of Minsemere in Suffolk, to the industrial ship building yards and other forms of industrial topography.  If something is presented as aesthetically questionable (the juxtaposition between reed-beds and the docks for example which is one of my own personal favourite connections in British cinema), the voice-over declares the latter as being a necessity for the building of the unobserved elements of the country that are not on show.  It is a film about craft and trade as much as it is about rebuilding a national identity (or perhaps one that shows that the latter is impossible without the former). 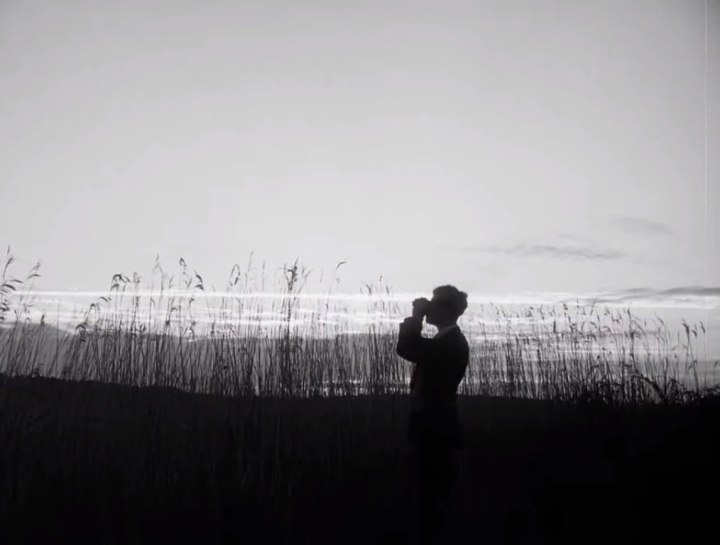 This isn’t to say that the film itself is entirely heterotopic but that it displays certain principles that govern such an ideational space.  Aptly, it would have been the very space of the cinema itself where The Dim Little Island was watched that was the true heterotopic object rather than film; an illusory heterotopia (a tautology, perhaps) within a heterotopia itself.  Foucault writes that “The heterotopia is capable of juxtaposing in a single real place several spaces, several sites that are in themselves incompatible.” (1967, p.6) and this is exactly what the medium of film as a whole does (as well as the buildings in which they are shown).  It presents and uses the concept of heterotopia for its own means, often narrative in form but also political. 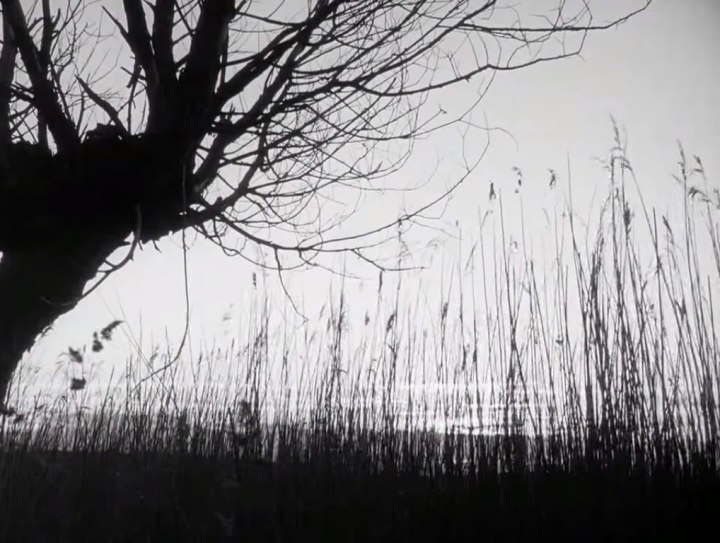 The film opens with the title card of its production company, Wessex Film Productions LTD.  This company uses the backdrop of a beautiful shot of a faux landscape with white chalk horse, evoking the same artwork found on the hills of both Wiltshire and Uffington in Oxfordshire.  The symbol is used in the heterotopic sense because “for each heterotopia has a precise and determined function within a society and the same heterotopia can, according to the synchrony of the culture in which it occurs, have one function or another. As an example I shall take the strange.” (1967, p.5).  The space depicted has had its pre-historical, uncanny and tribal function appropriated to mean something more general; a generalisation in the distinction of a new or at least more simplified national identity in spite of the huge differences that the society referenced by such a historical symbol would have.

This is often the backbone for how modern media functions in its role as a simplifier in narrative causational history.  Jennings’ style in the post-war developed through this tradition (though obviously for more benevolent means) as the action elements of war-time Britain had subsided and the agenda was one of rebuilding rather than simply regrouping.  It called for a new sense of documentation, one where the emphasis was shifted towards a more spacial fluidity within the defining of the country as a whole, albeit through the representation of it through a geographical illusion.  It is through a desire for this greater ease of fluidity that Jennings’ film style moves towards a fluctuating heterotopic intention; one that is still recognisable within the more modern media forms today, warning of supposed dangers within the growing “placeless place” ‘s of the world (1967, p.1).

References from Of Other Spaces, here.

One thought on “Foucault’s Heterotopia And The Dim Little Island (1948) – Humphrey Jennings.”