Making a video for a song without vocals has been an interesting and ultimately rewarding experience.  Without the ties to vocals that often mean music videos scream of publicity, making a video for guitarist John McGrath has given a freedom I’ll probably never enjoy again for other music videos.  McGrath’s music is at once refreshing; a mixture of percussive guitar and electronic delays; consider a mixture of Eric Roche and Musique conrète.  This clash between the natural and the unnatural is just the sort of juxtaposition I enjoy.

When approaching the video, it was clear that it would require a narrative and couldn’t just be a live mime.  A story was hatched from a few of my usual influences based around the idea of landscapes and objects as well as my increasing adoration of the turn-of-the-century styles.  Four Hills concerns an Edwardian walker who comes across a pocket-watch that has strange powers.  This may all sound a bit Bernard’s Watch but it hopefully conveys more than that, admittedly brilliant, program.  The video’s narrative was directly conceived around the structure of John’s music and so should work well in reflecting the very abrupt but exciting changes within.

After cobbling together a costume from bits and bobs (which looks surprisingly effective) I roped in an acting friend, Peter, who sported an excellent beard at the time. Filming in Llangollen in Wales was especially entertaining and is in itself becoming my very own Bray Studios in that I seem to film everything there.  Apart from unnerving the locals, it was a fun shoot with one particular shot still in the video showing the exact moment of realisation for Peter as he becomes aware he is about to fall over into a huge, spiky bush.  It’s quite easy to spot.

The video is again built from photographs and should look better than most of things I’ve done so far, chiefly because I’ve sorted a few technical hitches from previous music videos.  The imagery is also a tick-list of things I love; landscape, haunted objects, isolation and solitude.  The opening shot in particular is deliberately evocative of Caspar Freidrich’s Wanderer.  Overall, I hope the imagery compliments John’s music and brings forth longings for a Jack London-esque escape.

John’s music can be found at: https://soundcloud.com/john-mcgrath 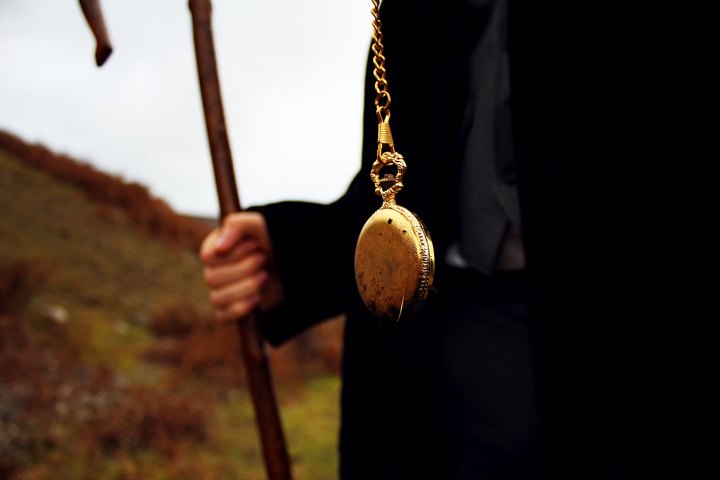