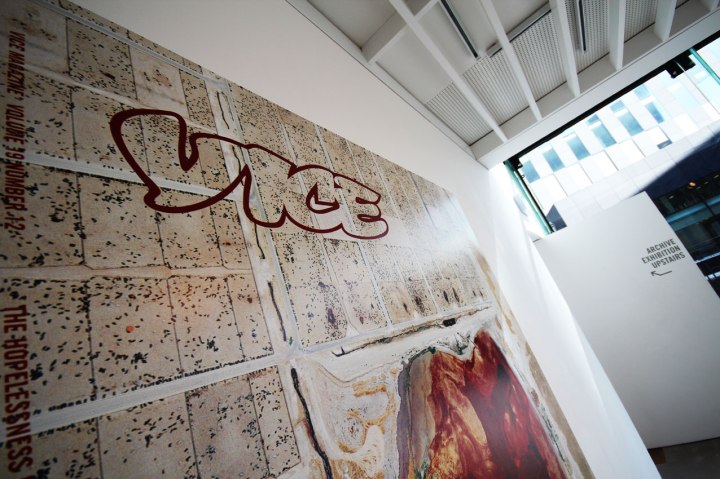 Mishka Henner appears to be a photographer that seeks out new meanings within culture and already defined norms; seeking out these new perspectives by literally looking at them from a geographically different view point.  His work is of an extremely modern nature, very obviously influenced by the age of globalisation and force-fed by internet and digital culture.  The images are literally bursting with allegory, desperate to question imagery that is taken for granted such as maps, digital aerial views and even the famous, untouchable work of Robert Frank.

The first section of the exhibition wallows in Levelland Oil Field and Feedlots (2012-2013) which draws the uncomfortable comparison between the oil industry and the beef industry through the piecing together of many aerial shots showing their coincidental locality.  The images don’t seem to be real at first, almost like the beginnings of a video-game.  This perhaps hints at our wanting distance from the meat industry; putting our heads in the sand to avoid the unpleasant reality of the brutal methods of cattle handling.  The comparison drawn to its neighbouring oil field is a relatively obvious one with the knowledge of what the pictures actually are but it makes a strong link between the feeding of cattle to the brutal, unhinged methods that oil companies go to in their perpetual rape the land. 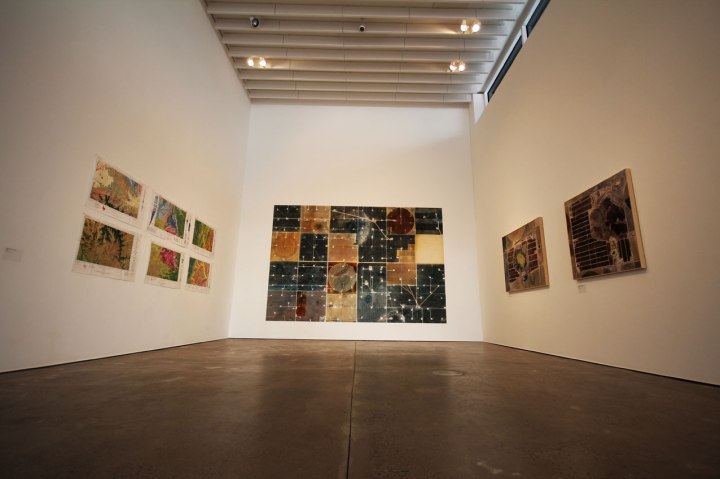 Less Americains (2012) is the supposed “re-appropriation of a highly influential book” though this doesn’t do justice to its visuals.  The growing weight of absence hangs heavy and deliberately on the pictures that are missing their faces; a key to Frank’s originals.  The idea of remoulding other work is old for most mediums but it appears to be something new for gallery photography.  It seems to have sparked debate, though it is one that is mirrored by the debates of sampling in hip-hop, remakes in cinema and parody in literature.  The argument seems to be the main key here, but the pieces themselves actually looks pleasantly startling, having an eerie dystopian quality rather than the gritty America of the 1950s that produced them.

The discussion on photography goes further in a collection of books from Henner’s Book Cooperative and in Photography Is (2010-2013) with the visual medium being summed up in words instead of pictures.  The sense of Meta is stifling and it’s doubtful whether reading the actual phrases will bring some personal enlightenment on the medium.  There is though, an ironic visual quality to the words.  In a piece about photography, it seems odd to point out the visual beauty of words; the letters and shapes having a natural rhythm which changes according to viewer.  Though it is less successful in its questioning aims than Less Americains, on a purely visual level, it presents a beautiful labyrinth of words that the viewer can get lost in at their own pleasure. 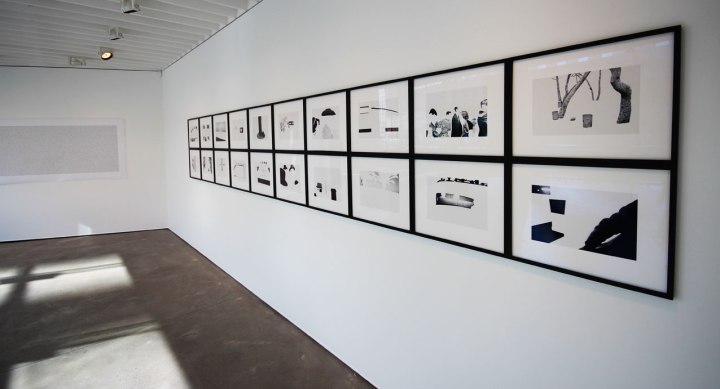 An image from the previously mentioned Feedlots piece is blown up in a huge print of its use on Vice magazine.  The issue was the special “Hopelessness Issue” which makes the use of the picture seem rather apt as the cattle industry is one that appears to be one of morbidity in the media.  The magazine often indulges in new-age meanderings and knowledge of this hipster excess can be jarring with Henner’s work but in a provocative rather than disappointing way.  It’s telling that a 21st century alternative fashion magazine can successfully use such a morbid image as its cover and get away with it but then Henner’s work seems to be born out of this confronting of brutality in a society almost desensitised to “necessary” evils.

Henner’s exhibition (his first major show in the U.K) is coupled with a gentler but equally radical archive exhibition in the form of Edith Tudor-Hart.  Much of the work on show mirrors an older generation’s attempt at subversion in the same way Henner’s work is outwardly confrontational about the medium.  The strongest elements of the work come through from the period between the 1930s and the 1950s when Tudor-Hart’s focus moved to social care.  This stems from her son being diagnosed with Schizophrenia and her photographs reflect the honest and sad life found within care.  Unlike Henner’s work, there appears to be more hope found within the imagery and, though it addresses problems and issues with just as much vigour, there’s a quiet, gentle hope to be found within them.

Mishka Henner: Precious Commodities and Edith Tudor-Hart: Quiet Radicalism are both on display until the 5th of May.  Entry is free.

Words and photos by Adam Scovell 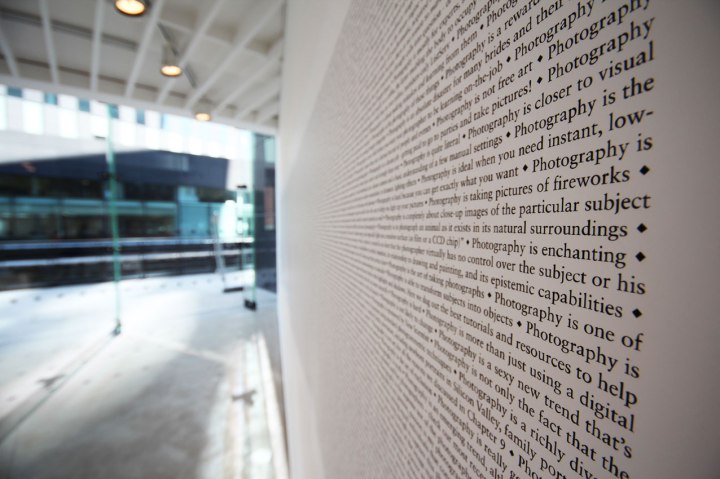