It seems an obvious choice for a photography exhibition to focus on the elements of light and shadow.  These are two of the main factors that affect the perceived quality of a photograph yet, as a creative theme, it works as a brilliant starting point for A Lecture Upon The Shadow.  Taking six artists from both the North West and Shanghai, the exhibition hints at magical illusion as metaphor and symbolism often to discuss more everyday themes such as family and human contact.

Fan Shi San’s Two of Us project is the most visually obvious play on this idea, with photos showing people that could potentially be twins but are in fact the same person.  Commenting on everything from identity to the one child policy in China, Two of Us may have countless copies online but they fail capture that eerie sense of awkwardness that prevails in Shi San’s photographs.  While the photos here perhaps hint at a subtle magic realism with the fantasy played for real to achieve its overall poetry, David Jacques’ work is the polar opposite.

Corpus Mercatorium (2012) is overtly aware of its absurd surrealism, visually mixing archive photos from World War One officers and soldiers with other collaged material; the piece builds a short and non-linear narrative.  This is further added to by the short story that accompanies the piece.  Visually, it seems like a Terry Gilliam animation full of humour and a dry wit quietly attacking the very pompous and stiff upper lip officers that are being remoulded into caricatures.  Another North West artist brings back the illusion to the exhibition.  David Penny’s Dutch Paintings (2012) at first like simplistic photos with a colour filter.  It’s not until closer inspection reveals that the colour is present within the framed glass rather than the pictures themselves that the pieces work.

Penny’s photographs seem to be playing with one of the issues that dog most brightly lit galleries.  Often, the light and the glass within overly protective frames do much damage to the viewing of art and photography.  Penny plays with this for his own ends and instead uses the factor as a controlling element which is extremely effective.  A Lecture Upon The Shadow also works wonders against this mirroring effect by having most of its piece pinned up on its walls rather than hiding the pieces behind inches of thick glass and lighting them by search lights.

Upstairs, the gallery presents another exhibition that is far more classical and more traditional.  The Landscapes of Irish photographer Edward Chambre Hardman are some of the most famous of the North West and the most beautiful.  It seems like a nice a contrast with the exhibition below.  Here is a photographer who uses light and shadow to achieve beauty and poignancy rather than a particular ideology. 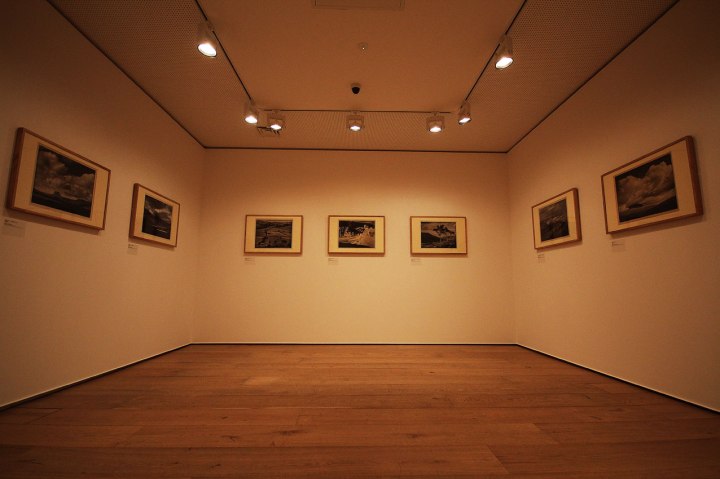 The most obvious point to make about these wonderful pictures is their clear definition of the country and the industrial.  When these were taken, the line was clearly much defined and whether it’s the vast, sweeping vistas of English countryside or and shadowy images of early industry, the photos make clear that the two should stay apart.

The evocation of a lost era is powerful and in photos like An Old Lancashire Lane or In Wensleydale, the old era that is now gradually eroding away, is preserved in them just as they are in the music of Vaughan Williams or the writings or Wordsworth.  They are full of Constable like clouds, winding country roads and vast, countryside landscapes that often allow designs on their surface from the shadows made by the sky above. 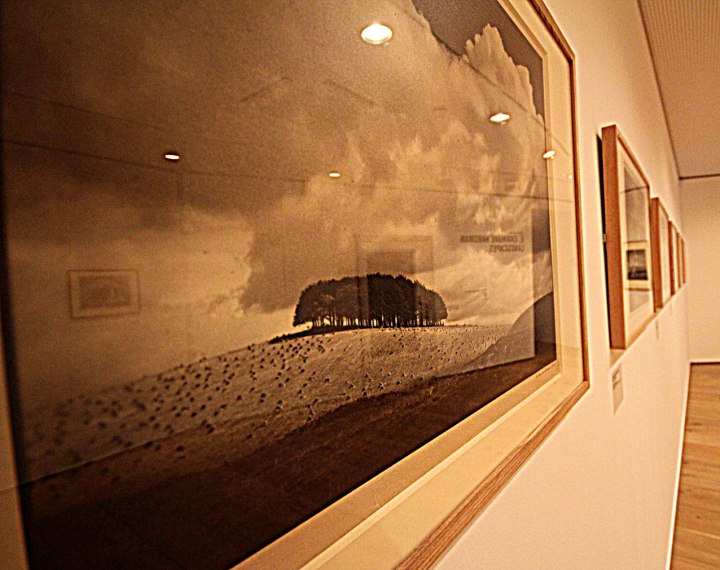 So a gentle exhibition set against a more vivid one.  Both explore the same ideas though both for very different creative reasons.  The difference handily marks out a difference in approach to the arts, while the former was content in romanticising the world; the latter is determined to highlight its issues.

Words and photos by Adam Scovell.