It’s hard to imagine a film made today being as unashamedly honest and personal about its director’s past as Andrei Tarkovsky’s 1975 film, The Mirror.  The title alone informs the viewer all they’ll need to know about the personal reflection that is about to unfold before their eyes over 101 minutes worth of some of the most beautiful and affecting images ever caught on camera and catalogued under the art form of cinema.  The opening scene is shot in the style of a bad television special where a boy with a stutter is supposedly cured by hypnosis.  Instantly the film encapsulates a subtle and defining attack on the Soviet Union and its lack of acceptance.  Being a film made while there were strict regulations on what art could actually say in Russia, it’s a merit to Tarkovsky’s greatness that it and many other politically daring segments of the film survived the final cut.

The Mirror is a film that has spent a long time brewing.  Even though its production was relatively straight forward, the script writing process had been stopping and starting since 1964, whether due to political adversities or personal business.  This means that the film has a natural sense of depth and is made up of multiple layers, both visually and thematically. 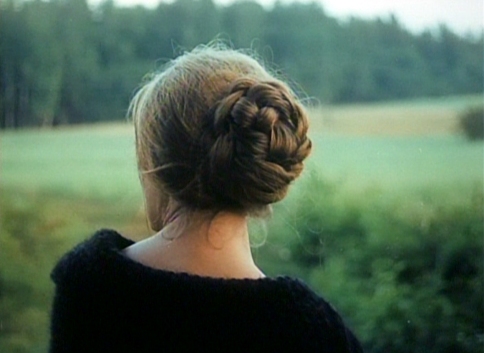 Tarkovsky is reflecting on his own childhood as well as potentially his parent’s past too with ambiguous characters and scenarios presenting themselves as a dream from early childhood.  The fact that both of the director’s parents are heavily connected to the film reaffirms this, whether it’s his father reading out his own poetry (Arseny Tarkovsky was himself an established Russian poet) or his mother actually playing herself on screen.

Like many Tarkovsky films, The Mirror uses elemental as well as metaphysical forces to get its point across.  The death of childhood and love is juxtaposed to a building raging and burning in fire while rain gently drips of another building’s rooftop.  Colour is spliced with black and white, which produces some astounding beautiful shots, especially on the metaphorical side where main protagonist Natalya seems to bath and wash her hair in a building as it collapses and falls apart around her.

Natalya in particular is an interesting character whose role changes throughout the film.  Her selfish and attention seeking side is brought to the fore in yet another embodiment of Soviet Russia during an error at a printing factory.  However her motherly love is a defining trait and her protection of her son from the military wants of the father is one of the most honest portrayals of parental affection in cinema.

Alongside its autobiographical elements, The Mirror is littered with Tarkovsky’s political leanings and almost a despising of the way military education works.  Beautifully snowy scenes from the past show a young military training lesson where a boy from Stalingrad is only person to have witnessed fighting but is also the only boy against the training.  When a dummy grenade is let off, the tutor dives in fear as do the rest of the class.  However the boy is left standing and mocks their inexperience and passion for something they have such a little understanding off.

Interwoven between the imagery shot by the director is a copious amount of stock footage from historical events.  Tarkovsky is the master of recontextualising past works and footage of war and from an old hot air balloon event take on new meanings to tell of how easily people forget about the horror and absurdity of war.  He also manages to do this to his own crafted images with levitation of a character being one his main traits, perhaps speaking of a carefree and weightless life without direction.

Having recently been highly placed in the Sight & Sound top 50 films of all time, it seems a perfect excuse to explore Tarkovsky’s work.  He notoriously prepared almost twenty cuts of this film before allowing it to be released; such was the personal nature of the work.  Like when Roger Waters allowed the public into his head with the release of The Wall by Pink Floyd, Tarkovsky created visual biography of his past with The Mirror, not just showing the causes that led to the creation of his emotional identity, but also the effects this had on him as a young boy, forever haunted by ghosts of a Stalinist era.