Though there are distinct visual elements to discuss when looking at the work of Ming Wong currently housed in Wood Street for this year’s Biennial, it seems a shame to miss the opportunity to discuss in greater detail the relationship of his work to theory of orientalism in western film.  The work is of course worthy of many hundreds of words on its physicality, its visual qualities and its ingenuity but combined with this will be some in depth focus on the greater questions that Wong’s Chinatown series asks and how he has applied this to the rest of the work in the show. 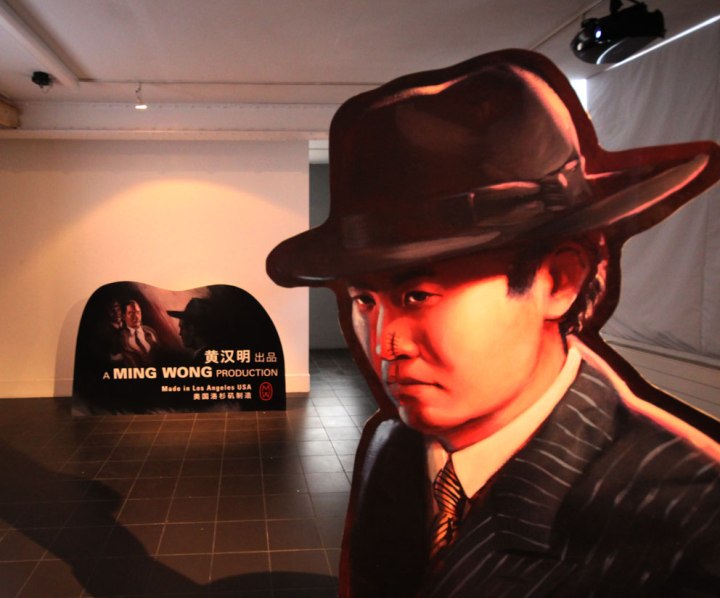 Like a number of works in this year’s Biennial, Wong has used the influence of film to both address the themes he’s interested in and to dictate the style in which he addresses them.  The three works on display work so well together that it seems pointless to regard and discuss them as separate entities.  Making Chinatown, After Chinatown and The Chinese Detective use Roman Polanski’s 1974 noir as a starting point to question the relationship between geography and identity as well as how this relationship has been portrayed in western film.

The filmic elements of the exhibition are a wonderful caricature of Polanski’s film that find Wong playing the roles of both Jack Nicholson’s detective and Faye Dunaway’s vague femme fatal.  An instant sense of humour is billed onto the recreation and even the most serious of scenes from the original (such as the infamous slitting of Nicholson’s nose) have a comical effect.  However the questions being addressed seem to be more fitting visually with the film rather with its narrative.

Chinatown itself is not especially about forced orientalism and is by no means the worst culprit of it in anyone’s noir canon.  Jack Nicholson paid the price for being the unexpected guest a number of times both on and off screen and a past event in Chinatown is one of these occasions. The mention of Chinatown seems more down to the character’s past relating to events than an inherent and subtle form of racism, which can be found more easily some of the earlier noir films.  Instead though, Wong has created an image for his work shaped around a noir pulp and Chinatown works wonders for creating this whether it’s through the recontextualisation of the film or the wonderfully pulpy noir cut outs of Wong as the characters.

In some ways, the film seems more like a Wong Kar Wai take on at least the mise en scène elements and the idea that the femme fatal has an element of transvestism plays into this further.  The pulpy nature of the work also has an essence of Wong Kar Wai yet this also seems to be a natural element of using the visual qualities found in film noir which no doubt influenced some of the director’s work. The back of the space houses a wonderful collection of film posters; all examples of this orientalism found in films between the 1930s and the 1960s.  Ignoring the political aspect that brings all of these pieces together, it’s a visual feast for any cinephile with vintage posters from Welles’ A Lady From Shanghai, Polanski’s Chinatown and Wimn Wenders’ Hammet to name but a few.  Some of the more obviously bad taste posters stick out but also speak of a different time in film.  Posters of films in particular with Boris Karloff and Bela Lugosi seem poignant by their inclusion, not just because of their villainising of Asian communities but because these two actors were initially chosen to play some of the most famous of Universal’s monsters because of their obvious foreign background.

In comparison to other film posters on show Welles’ A Lady From Shanghai  and the like seem tame compared to Hammer’s  The Face of Fu Manchu with Christopher Lee having to wear make up to play an Asian villain. Though the obvious visual elements of film noir make it an ideal choice to base the work around, there are plenty of films from the era and even the modern day that display all of the characteristics that Wong is trying to question and point out but more obviously.  The aforementioned Face of Fu Manchu is just of a number of films from a series by Hammer Horror that have overtly offensive orientialism including Terror of the Tongs and The Stranglers Of Bombay.  Even the likes of Ang Lee’s Crouching Tiger, Hidden Dragon suffers from an American take of Chinese culture which is extremely difficult to buy in spite of the director’s background while films like Harold Lloyd’s The Cat’s Paw revel in frankly racist examples of orientalism.  Inclusion of posters from these would have driven the point home even more but it still works well without them.

Ming Wong’s work shows knowledge and a passion for the medium while still trying to take it apart and show its thematic generalisations.  Not only has he done this in a beautiful and visual way, he has raised questions about the role of place and identity that not so long ago were completely taken for granted. 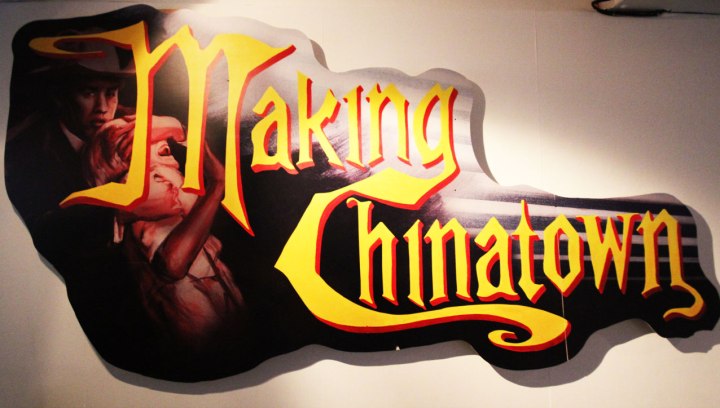